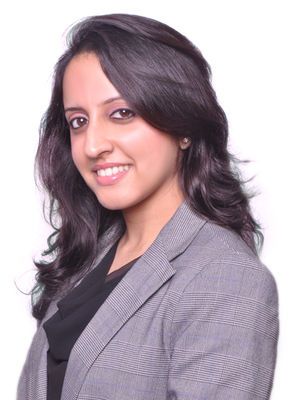 Popularly known as the 'Pink City', Jaipur has for years been positioned as one of the leading leisure destinations in the country. It is part of the Golden Triangle along with Delhi and Agra, and home to spectacular palaces, havelis and forts that are a testament to the rich culture and heritage passed on through the centuries. Its hotel industry, thus, has a strong leisure orientation, although recent economic and infrastructural changes have brought about a change in the nature of demand captured by the city's hotels. Herein, we have elaborated on the key market segments served by Jaipur's hotel industry and their characteristics.

The number of hotels in Jaipur has expanded rapidly in the last six years, with the inventory almost doubling and developments no longer being confined to Luxury or Upscale positioning alone. The emergence of branded supply across all categories of hotels offering services at various price-points, supports the rising demand as well as the upswing in the domestic leisure travel to the city. This can be directly linked to Jaipur maturing as a market and its hotels now catering to wider segments than those served in the past.

Jaipur has traditionally been dependent on the patronage of higher-yielding Inbound Travellers and Groups has witnessed a slowdown in this demand over the last couple of years. However, Domestic Leisure and Group demand, primarily from Delhi NCR, Mumbai, Ahmedabad and even Bengaluru, has not only compensated for the lower share of foreign demand but also helped reduce seasonality in the business. Moreover, with MICE demand emerging from both corporate as well as social functions, Jaipur now frequently hosts big-ticket destination weddings and large-scale conventions.

Catering largely to this demand as well as the leisure segment, the branded luxury and upscale hotels are moving away from the city's buzz and are now opening at the quieter outskirts of Jaipur, especially towards Kukas. While Le Meridien took the lead on this back in 2003, the Fairmont and the newly opened JW Marriott added to the branded space here. There is also a healthy supply of independent hotels in the vicinity, which have established themselves as prominent wedding hotels. Jaipur has traditionally been known as a leisure destination. Hence, while a luxury vacation amidst royal settings can still be enjoyed within the city, hotels like the Alila Fort Bishangarh and the Lebua resorts, with their limited inventories and niche products offer upscale leisure options before you drive into the main city.

Lastly, the commercial demand in Jaipur stems from banks and PSUs as well as traditional industries such as gems and jewellery as well as handicrafts and other artisan products. The demand generators driving this Commercial segment, though on a relatively smaller scale, are located in different clusters which include the old industrial areas like Malviya Nagar, Sitapura, Jagatpura as well the various Special Economic Zones and industrial hubs being developed around the city.

The increased domestic demand capture helped Jaipur bounce back strongly, but this pace slowed towards the end of 2016 with the impact of demonetisation on MICE and leisure business. Key hotels within the city like the Rambagh Palace, The Oberoi Rajvilas and Jai Mahal Palace still remain high profile, aspirational to many and what most would relate to when one thinks of hospitality in Jaipur. For most other hotels though, across all segments, room rates have been a struggle and only now are hotels beginning to emphasise on value growth rather than driving occupancies alone. Losing out on the comparatively lower paying corporate MICE has helped some hotels maintain if not drive their rates higher.

We do foresee the upward trend in domestic travel to continue in the short term and in fact, gain further momentum as connectivity to Jaipur improves from its various feeder markets. The wedding segment demand here is ever growing and so is Jaipur's appetite for larger conventions. On the supply front, we are currently tracking a small pipeline of projects - of the total new supply stated to enter Jaipur by 2024/25, only about 1,400 rooms are under active development. This is in addition to the existing hotel expansions and we expect it to be easily absorbed by the consistent growth in demand. On account of favorable demand-supply dynamics, our outlook for Jaipur remains positive for the short to medium term.

Jasmita Banga is a Senior Associate in the Strategic Advisory division of Hotelivate. Her experience in hotel consulting ranges from market research to economic feasibility studies, asset and brand valuations. Jasmita started her career with Hyatt International, working in hotel operations in the rooms division of the Hyatt Regency hotel in Mumbai.