The Digital Habits of US Hispanics: What Brands Need to Know 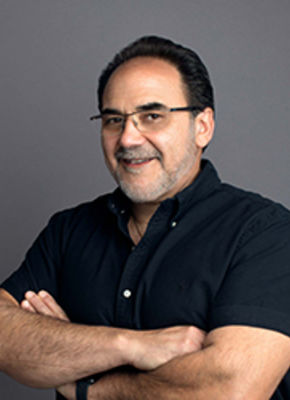 It's no secret that the US Hispanic market is increasingly vital to brands. Hispanics now account for 18% of the population, are the second-fastest growing ethnic group, and control more than $1.7 trillion in annual purchasing power.

However, while businesses may recognize the importance of reaching US Hispanics, many remain unsure of exactly how to target this group, especially via online channels. In part, this is because marketers often encounter recommendations based on anecdotal experiences and outdated ideas rather than on reliable, up-to-date information.

So, what are some current data-based trends and behaviors? How do the digital habits of US Hispanics differ — or not differ — from those of other groups? Which devices and platforms does this demographic tend to favor?

Recently eMarketer tackled these questions in an in-depth report based on original and third-party research.

Here are five key insights from the report that every brand looking to target US Hispanics should be aware of:

Some brands still seem to think that marketing to US Hispanics online is simply about providing Spanish-language offerings.

The problem with that idea is that the group is not monolithic: it is diverse in a host of ways, including language.

The US Hispanic demographic in the United States is comprised of Spanish-first, English-first, and bilingual segments, each with specific — and not necessarily predictable — online communication preferences.

Overall, 78% of US Hispanics say they prefer English when interacting with digital devices. Given that, simply relying on Spanish-language online offerings is not only insufficient, it often goes against what members of this demographic want.

2. US Hispanics Under-Index in Having Broadband at Home and Owning Computers

For many years one of the major differences between US Hispanics and other groups was access to the Internet. That digital divide has mostly disappeared: 83% of US Hispanics are now Internet users compared with 85% of the overall US population.

However, while Internet access has evened out, there remain differences between how US Hispanics and non-Hispanics get online. Specifically, US Hispanics under-index in computer ownership and broadband access at home.

The gap in broadband access is even more noticeable: a Pew Research survey cited by eMarketer found only 47% of US Hispanic adults have broadband access at home, compared to 72% of non-Hispanic whites.

3. Smartphones Are at the Heart of Digital Life for Many US Hispanics

If US Hispanics are using the Internet as much as other groups but have a lower rate of computer ownership, how are they getting online?

The answer that emerges from the research is smartphones. According to YouGov research cited by eMarketer, 87% of US Hispanic Internet users have a smartphone compared with 84% of non-Hispanic white Internet users.

The combination of over-indexing on smartphone ownership and under-indexing on computer ownership is important for brands to note. It highlights the fact that mobile phones are at the heart of digital life for many US Hispanics and that digital strategies looking to reach this group should be mobile-optimized.

4. The US Hispanics Tend to Be Very Heavy Users of Social Networks

An additional digital area where US Hispanics over-index is in heavy social media usage.

According to Culture Marketing Council research, as cited by eMarketer, US Hispanics are much more likely than both white and black Americans to say that they are on social networks from the moment they wake up to the moment they go to sleep.

5. Digital Video Services Are More Popular with US Hispanics Than with Other Groups

Finally, there's yet another area where US Hispanics over-index in usage: digital video services.

According to Pew Research data cited by eMarketer, some 78% of US Hispanic adults are YouTube users, compared with 73% of all adults.

Ultimately, the notions that US Hispanics are stuck in a digital divide or are always Spanish-first are outdated. What emerges from the research is a picture of a complex group that has varying online language preferences and that is Internet-savvy, smartphone-reliant, and strongly connected to social networks and video sites.

MDG Advertising was founded in 1999 by Michael Del Gigante, who currently serves as the agency's Chief Executive Officer. The agency — now the 6th largest in South Florida — attributes its growth to exceptional creative strategies, outstanding client service, and results-oriented executions. Perhaps even more important, MDG has not only been quick to embrace new technologies such as digital and social media, but has focused on how these channels will benefit its clients.