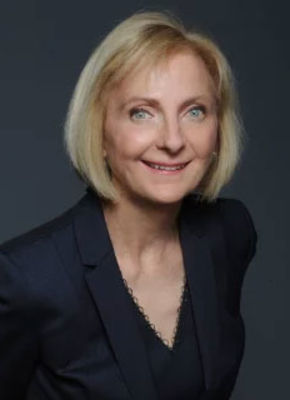 Following a year of robust transaction activity, hotel capitalization rates remain stable, while hotel NOI and values are under pressure due to slowing RevPAR growth and increasing operating expenses. This article looks at hotel sales and capitalization rate trends, the impact of slowing RevPAR growth on hotel values, and the outlook for 2019. [1]

With a more business-friendly administration in place and the passage of the Tax Cut and Job Act (TCJA) in December 2017, the outlook for the economy and hotel performance became brighter in 2018. Hotels generate higher returns than other commercial real estate and reflect changes in economic conditions overnight, positive attributes in an "up" market for investors chasing yield.

Hotel owners and investors took advantage of the market's optimism, with 2018 turning out to be a robust year of transaction activity. The lodging sector attracted greater interest from investors looking for higher returns, and existing owners availed themselves of improved market conditions to strategically fine-tune their portfolios. According to preliminary data generated by RCA, single-asset and portfolio hotel sales transaction volume soared, increasing by a whopping 47% to $41.0 billion (from $27.8 billion in 2017), recording the second-highest volume in the last decade, though still well below the $50 million achieved in 2015.

Individual property sales volume increased by a modest 3.8%. The volume of portfolio transactions, defined by RCA as the sale of two or more hotels, increased by 220%, from $3.9 billion in 2017 to $12.5 billion in 2018. A greater number of large, high-priced deals also drove up sales volume; five hotels transacted at prices exceeding $500 million, including the Plaza in NYC that sold for $600 million ($2.6 million per key), as well as two Waldorf Astoria resorts, the Grand Wailea that sold for $1.1 billion ($1,312,000 per key) and the Boca Raton Resort and Club that sold for $1 billion ($955,000 per key). The Grand Wailea was one of a three-hotel portfolio that sold for $1.06 billion. Pebblebrook's acquisition of LaSalle in the 4th quarter for $4.4 billion was the year's only entity transaction.

Click here to read the full article on HVS

Suzanne R. Mellen, MAI, CRE, FRICS, ISHC, is the Senior Managing Director – Practice Leader of HVS. She has unparalleled experience, having appraised thousands of hotels, gaming assets, and related real estate throughout the world over the past 40 years. She specializes in complex hotel and casino feasibility issues.