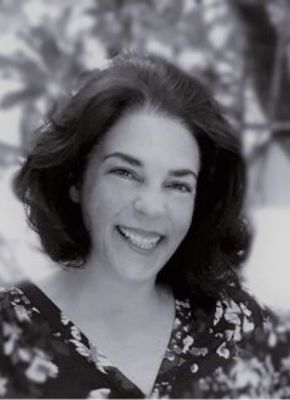 When's the last time you went on a date? Too long to remember? Or maybe you're dating now, you sanguine dreamer. Do you have a collection of cringe-worthy stories about those dates or relationships you'll never forget, the ones that took a turn for the worse? Lol! Don't worry, this isn't about dragging up all the pitiful memories of your exes. It's about how things can get off track and eventually go wildly wrong even though you can't pinpoint exactly why.

Maybe they didn't call when they said they would but you were quick to give them the benefit of the doubt - every other part of You+Them was working so well. Then they were really late showing up to that thing that was SUPER important to you. But they made up for it by being sweet and making you pancakes. That was cool, right? Until you were at that party where they spent all night talking with other people, totally IGNORING you!! How COULD THEY?! Maybe that's the moment all those little things formed one big awful thing. You started to think this was a big mistake.

One of the wisest restaurant managers I know always coached that most guests' overall negative experiences are made up of little things that go wrong throughout their stay. First they had a hard time finding a parking spot, then there was a line at the host stand, then the server looked a lot like their ex-boyfriend, then you sold out of the VERY THING they came in to order. And the next thing you know they're on Yelp leaving you 2 stars. And that's for circumstances that are generally beyond your control. Seriously, how dare you seat them in Jason's section when they're still getting over the breakup with that guy he kind of looks like. Rude!

The point is, while running a restaurant we have a lot working against us already without even knowing it. So on top of all that if your guests get an eye-roll from the host, their server chews on his pen and their empty water glass sits there begging for a refill - dude, your business is screwed.

Pretty exciting, isn't it, that the very heartbeat of your business is in the hands of the random people who make up your front of house staff? Often distracted and usually overly-caffeinated, these imperfect humans willingly throw themselves into this high pressure environment that we know and love as a restaurant. Best of all, they represent YOU and ALL YOU STAND FOR in front of every guest that walks in your door. But what if they don't naturally have the Buddha-like zen required to handle a rowdy 8-top or a cranky elderly couple?

What if instead, they just write off your guests as too demanding, impossible to please? Let the eye rolling ensue! And it won't stop there; there will be bitch sessions within ear shot of other guests. There will be snippy attitude while taking salad orders with six substitutions. There will be reckless indifference toward your guests and there will be zero crap given about whether or not they return.

Leave it up to chance or some sporadic half-assed attempts at coaching and your whole staff quickly gauges exactly how low their standards can slide while still keeping their jobs.

The walls won't, of course, come crashing down all at once. First you notice sales are slipping here and there. Then your regulars aren't coming back as much. Then your best servers leave and you find yourself going through a rotating cast of wait staff. You're running around putting out fires at tables. Your energy and resources are being depleted. You're bleeding out to a slow, grueling death and no amount of double espresso can help.

But what if your staff knew how to live up to their full potential as builders of your bottom line? What if they kept water glasses full and pens out of their mouths? No, let's dream big - What if they could really engage guests, anticipate their needs, recover gracefully from an overcooked salmon, increase check averages and CREATE repeat business? What if your best servers were making great money and stuck around? What if you had a finely tuned, highly motivated, well-coached sales team in front of your guests? What would that feel like?

The quality of service IS within your control, unlike how crowded the parking lot was. Motivated, engaged, I-got-your-back service can help balance out all the little things that could have easily exploded into a nasty late-night Yelp rant after three glasses of wine. In fact intuitive, kick-ass service will define the guest's experience in a way that nothing else can. It's what compels them to return and bring their friends.

But if you never try for improvement - if you stick your head in the sand and accept your current state - you risk losing your future. Or your bonus. Not to mention your time, energy and sanity. Isn't that worth saving? As Coach George Halas said, "Nobody who ever gave their best regretted it."

Leslie does for the FOH what Gordon Ramsay does for the BOH. Fresh, no-BS programs that eliminate the frustrations of bleary-eyed hospitality managers. She is an award-winning Hospitality/F&B lifer with more than 27 years successfully creating the best custom systems to improve hiring, training and motivating your team.