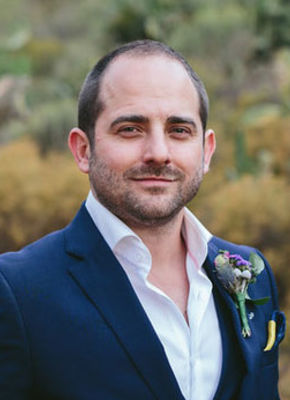 Though Africa remains a market where hotel real estate investment is typically dominated by development, increasing transactional activity is providing much needed liquidity. However, when it comes to hotel investment in Africa, as with anywhere in the world, various factors and influences are impacting acquisition trends and cycles.

"Of these factors, currency fluctuations are but one," says Daniel Trappler, Vice President Transactions & Capital Markets for specialist hospitality and tourism consultancy firm, HTI Consulting. "Political and econ omic stability, the threat of terrorism, oil and commodity prices, accessibility and visas; all these remain central issues for tourists, commercial travelers and investors alike."

"Unsurprisingly, political stability appears to be the primary factor behind more recent hotel transactions in East, West, and South Africa," says Trappler. "We're seeing buyers in these markets ranging from funds building their African portfolios and international investors seeking exposure to the sector to hotel owner-operators looking to actively grow and expand their brands."

"There's no one-size-fits all scenario with regards to this type of investment, particularly on the African continent," he explains. "Quite simply, different investors look to different types of hotel assets. Some seek the comfort of an incumbent brand and a management agreement with an international hotel group. Others prefer unbranded hotels where they can benefit from further expan ding or entrenching their own brand. Certain investors only consider an acquisition on a low risk profile i.e. there typically needs to be a lease in place. Others look for distressed assets where they can achieve a significant upside by purchasing at a low price, asset managing during a hold period, and selling at a low yield at a point in the future that makes commercial sense to do so," he says.

"In some cases too, there also exist 'trophy' or 'ego' investors who buy hotels for the sake of owning them in strategic, high profile cities and 'Best Destination' award-winning locations such as Cape Town," says Trappler. "These investors can typically overpay for hotel assets and not focus on the returns from their investments in the traditional way. Their hotel investments are essentially status symbols promoting their wealth and demonstrating their ability to own a hotel asset in a luxurious destination on rare and unique real estate."

Developing hotels in Africa is a challenging task but investment opportunities are undoubtedly on the rise. This rise in sentiment is predominantly explained by the lack of quantitative and qualitative supply in some regions, with many hotels not being able to respond to the increasing demand. "Raising the necessary finance remains a key obstacle to investment however," says Trappler. "Along with having the correctly experienced project team in place in a market that provides adequate demand generators," he says. "That's why exposure to the sector is often more easily gained by acquiring existing assets."

"The hotel investment broker can play a crucial role in the debt finance raising process in Africa (for a hotel acquisition or development), as the hotel investor often doesn't fully understand the domestic banking environment, and the banks, in turn, are often unfamiliar with the hotel industry," continues Trappler, noting that "this is why HTI Consulting not only remain close to the hotel investor community in Africa, but also keep an ongoing and open dialogue with the banks".

"In one instance," he says, "an owner-operator (who in 2017 completed a successful €106 Million capital raise), initially embarked on their African growth campaign by developing new hotels in key African cities. In order to boost cash flow, the group then shifted their strategy by acquiring hotels such as Inn on the Square in Cape Town," he explains. "HTI Consulting asssisted with the debt finance raising for this acquisition (from a local commercial bank), as well as three other developments in Kigali, Kampala, and Durban (via both local commercial banks and European Development Finance Institutions).

"Whilst the African hotel transaction market remains a lot less transparent, with a lot less volume of trade, compared to the first world markets of USA and Europe, the yields that can be achieved given the increased risk, are often higher and more attractive," he continues. "However, the primary obstacle in achieving these high yields are often the high prices that hotel owners want for their stock. Here the hotel investment broker plays a useful and often critical role - utilising the necessary research and market knowledge to facilitate a sale at an equitable price and on the principle of 'willing buyer, willing seller.'"

"It's clear that, despite some short term challenges in some markets, the long-term climate for hotel development and investment in key African markets remains sunny and we've seen the property cycle come full circle in several countries on the continent, none the least in Nigeria. Here the return to democracy in 1999 ushered in an era of political stability and economic growth that coincided with a rebound in international oil prices," says Trappler.
Adetope Kayode, HTI Consulting's Vice President for Advisory & Transa ctions, based in Nigeria, agrees, "Nigeria's increasing attractiveness as an investment destination in the early to mid-2000's ushered in renewed interest amongst international chains in branding new developments in the country," he says.

"This has been particularly evident in Lagos, the country's commercial capital, where several new hotels came out of the ground during this period, including: the Four Points by Sheraton (HTI Consulting brokered the sale of this property to a global hotel owner-operator in 2018), the Radisson Blu Anchorage, the Intercontinental Lagos and The Wheatbaker, amongst others."

"A key theme emerging from the scramble to take advantage of the lack of supply in the market and the consequent high hotel occupancies and average rates was the issue of capital structure vulnerability which arose from highly leveraged capital stacks which were also exposed to significant FX market risks, as a large component of the capit al structure of several new hotels was in dollar denominated debt," he says. "This was often a result of poor project execution during construction which, in turn, led to several projects experiencing steep overruns in time and budget."

"These vulnerabilities were laid bare in 2016," explains Kayode. "The currency devaluation shockwave that hit Nigeria beginning late 2015 was triggered by the precipitous decline in international oil prices. Bonny Light Crude oil (Nigeria's main export) went from a peak of $117.05 in June 2014 to $29.67 per barrel in January 2016 - a crash of 75%."

"The Naira also went from N182.8 in December 2014 to N359.7 in December 2017, representing a 49% devaluation. This made the debt profile of several hotels unserviceable, forcing several owners into crisis mode and triggering a swathe of defaults, restructurings and exits. Several proposed new developments also became frozen as economic viabilities took a major h it."

HTI Consulting's largest hotel transactional brokerage assignment was the Four Points by Sheraton in Lagos in 2018. When economic and market conditions placed increased pressure on the hotel's ability to repay the debt as structured, HTI Consulting signed a mandate to assist the owner with the sale of the property to an investor. HTI Consulting's in-depth knowledge of the various investors and their respective risk-return profiles enabled it to introduce a buyer with the asset management abilities to improve hotel operations and investment returns over time, and to manage the debt repayments in a sustainable fashion.

One of the firms key strategies in the African hotel transaction market is backing strong buyers, understanding their needs, required returns, preferred territories and then connecting them to the right hotel investment opportunities. This often comes in the form of a 'buy-side' mandate, of which the company has a few. Understand ing the local macro-economic environment and being able to explain this to buyers is key, but so is the ability to educate buyers on what the main demand generators are, who the current competition is, and what supply is coming into the market.

"Apart from the brokerage of operational hotel assets, we're also involved in the brokerage of other hotel related asset types," continues Trappler, "including the sale of hotel sites (i.e. vacant land, or with structures to be demolished), and the sale of office (or other) buildings to hotel investors with the intention of converting them into a hotel." Trappler noted that Cape Town is particularly active when it comes to these types of transactions as here "the future supply pipeline is strong, with both conversions and new builds coming out of the ground".

Daniel has a Business Science degree from the University of Cape Town and has completed his Masters in Economics. After training in New York in 2007 , Daniel joined JPMorgan in London and was an analyst in their Real Estate Structured Finance team for a year. Thereafter, Daniel joined LaSalle Investment Management in London for three years as an analyst working across various Investment Funds, focusing on all types of commercial property investments throughout the UK.