The Societal Perspective Of Sustainability

Change isn’t easy, but as more countries and companies understand the necessity of sustainable practices and adopt them, there’s a better chance everyone will benefit from a cleaner environment. 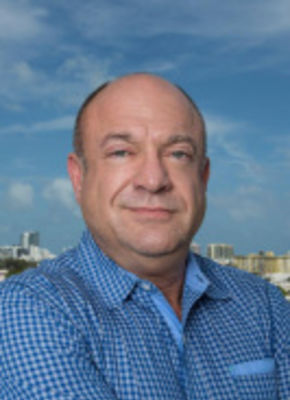 As a hospitality adviser who works a great deal in, and deeply appreciates, the land and cultures in the Caribbean region, this is a topic of grave concern and utmost importance.

An enlightening video featuring George Buckley of Harvard explains a phenomenon that has been threatening tourism in the Caribbean and Mexico. Sargassum is a free-floating variety of seaweed for which the Sargasso Sea was named. This is the only sea on the planet that has no land boundaries but is fully contained within the Atlantic Ocean between the U.S. East Coast and continental Europe. Sargassum is unique in that unlike other seaweed varieties that reproduce and grow on the ocean floor, sargassum reproduces on the ocean surface.

Currently, the Gulf of Mexico and the Caribbean are experiencing the worst algae blooms, possibly in recorded history, with vast patches of Sargassum washing up nightly in prime tourism destinations and other coastal areas. Scientists first thought the source of the infestation to be hurricanes disrupting the Sargasso Sea and pushing fields of Sargassum south and then west, along prevailing currents to the Dominican Republic and the Riviera Maya, south of Cancun. However, as Buckley said, the cause of recent blooms of Sargassum is a perfect storm of factors.

First, as Buckley worded it, the Gulf of Mexico and Caribbean Sea currently have a fever. That is, they are warmer than ever, though the change has been only in the magnitude of one degree Celsius (an example of the delicate balance of our ecosystems). Second, inland population growth and the intensity of agricultural production in Brazil and the United States are producing run-off into rivers that is full of phosphates, nitrates and other nutrients. The Amazon and Orinoco Rivers combined deposit 6 million gallons per second of river water into the Atlantic Ocean and Caribbean Sea. From the north, the Mississippi, Apalachicola and Shark Rivers as well as the Taylor Slough in the Everglades transport tons of similar substances into the Gulf of Mexico.

All of these nutrients mix with warmer-than-ever sea water to create a "Miracle-Gro" effect on the only seaweed that grows and reproduces on the surface of the water, eventually washing ashore on whatever land mass gets in its way.

Buckley said the Caribbean Basin countries are the victims of this phenomenon, with fragile economies that, as a region, are more dependent on tourism than any region in the world. The WTTC estimates that 15.5% of the Caribbean-wide GDP is tourism-generated. The source of the problem is population growth and industrial farming methods used in Brazil and the United States, countries with more than 200 million people each, both of which are among the top ten economies of the world.

The implication is that these "victim" nations should not bear the cost of clean-up, because the cost causers are Brazil and the United States. But who would enforce such a judgement? Complicating matters further is the varied history of Caribbean Basin territories with the common thread of having been exploited by colonial powers. In some islands, there is resentment today over foreign all-inclusive hotel companies taking profits "home" instead of keeping them on the islands, despite the thousands of local jobs that have been created by these organizations. It is easy to see, through such a world view as this, that resentments could be reinforced rather than mitigated by a man-made Sargassum disaster whose source is activity in two of the largest and strongest countries in the world and whose consequences are being borne by much smaller countries and territories whose economies are less diversified and overly dependent on the beautiful beaches and clear water that are sporadically suffering until solutions to the Sargassum blooms can be found.

It amazes me that with so many changes in science and technology in the past generation, the conundrums I learned about in an environmental economics class in 1978 are still without reliable solutions. A 1964 issue of Foreign Affairs magazine reported on the Colorado River dispute between the United States and Mexico. The Colorado had been used for irrigation in the U.S. Southwest and runoff back into the river became increasingly salty, damaging its utility for irrigation further downstream in Mexico. These issues are not new. They are called negative externalities by the economists, but the solutions require the courage to take responsibility for the impacts of our activities. Human nature has not evolved nearly as rapidly as technology in such matters.

In economic terms, the problem has been that air and water have been treated as "free" goods which firms and municipalities have used to evade some of the lifecycle costs of industrial activity and sewage treatment. While the U.S. Environmental Protection Agency and Department of Energy have invested large sums of taxpayer dollars in incorporating lifecycle cost into regulations and incentive programs in the residential and commercial construction industries, there seem to be weaker corollaries in the agriculture and sewage treatment industries regarding capture and re-use of water.

The European Commission released a document titled "Thematic Issue 52" in 2015 that recommended establishing small wetland areas in unused farmland located in the path of existing runoff channels around cultivated areas to minimize soil loss and nutrient pollution. That is, the runoff is trapped in these wet zones and stays on property, rather than polluting other properties and inland streams. The article states "Small field wetlands are a simple and effective way to reduce soil erosion and nutrient pollution."

In 2002, President George Bush signed the Farm Bill into law, which is comprehensive agriculture legislation that included funding for water conservation projects. The bill is renewed every four years, and the 2018 Bill, passed last December, tripled to $300 million the funding for the Regional Conservation Partnership Program, which provides financial and technical assistance for multi-state or watershed-scale projects. It also increases from 35% to 50% the share of that funding that's available to one of eight designated "critical conservation areas." Smaller scale projects, however, are up to individual property owners and farmers to fund on a voluntary basis.

Perhaps methods to solve the Caribbean Sargassum crisis that would be, in my opinion, fairly equitable might include: 1) American and Brazilian government-funded research to develop the technology for collecting the Sargassum offshore and converting it, locally, into a type of biofuel; 2) the technology could then be licensed exclusively to the affected nations, at very low or zero cost; and 3) the required investment to establish such industries and purchase the necessary machinery in Caribbean nations could be financed through developmental finance arms of the United Nations, the Commonwealth countries and the European Union, with guarantees from the U.S. and Brazil's central banks.

In this way, "carrots, rather than sticks" would provide incentives for moving science forward, while offering Caribbean nations the opportunity to establish substantial renewable energy industries with which they could diversify their economies and prevent the hyper-productive Sargassum from reaching their pristine beaches, clear water and coastal reefs.

There has been a vast shift in the U.S. and European construction industries with green building techniques and integrated design becoming increasingly standard approaches to the development process. The best options for society are not always chosen, but there has been rapid movement in the direction of sustainability. Sustainability implies that lifecycle cost, rather than the price of materials, should guide development decisions. While residential and commercial buildings are responsible for roundly 40% of energy consumption in the United States, this industry alone cannot restore clean air, open space, clean rivers and oceans. It will take the efforts of many industries and changes in all of our lifestyles to achieve such a goal. Better policy guidelines and solutions among neighbors, municipalities and nations are needed to accomplish such a task. But what have any of us got to do that is more important than preserving and restoring to better health the only home we know?

Andrew Cohan, MAI, is the Managing Director for Horwath HTL primarily serving Florida and the Caribbean Basin, based in Miami. A seasoned hospitality professional with extensive real estate, marketing and account management skills in North and Latin America, Andrew has consulted for leading branded management companies such as Canyon Ranch, Six Senses, Montage, Solage and Bulgari.