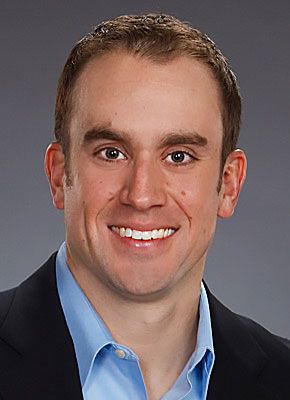 Last week, many of the international senior cruise line executives gathered at Seatrade Europe in Hamburg, Germany. Industry leaders exchanged thoughts and insights with port and destination representatives as well as land-based tour operating partners. Overarchingly, "sustainability" was the topic of conversation - everyone agreed that consumers and cruise businesses alike, as well as the industry's various partners and travel intermediaries, have grown increasingly concerned about social and environmental impacts of tourism and have started to demand, and implement, concrete action plans addressing key sustainability issues.

Yet, many might argue that in the past the hospitality, travel, and tourism industry has only paid lip-service to sustainability. The topic was often allocated (and relegated) to the Marketing, PR, and Communications departments - a move that, some might say, raised consumers' scepticism about the depth and extent to which sustainability was front of mind for the companies' leadership teams.

In what some might call a bizarre twist of circumstances, it now seems that cruise companies are having to fight a "PR battle" - almost all of them have, over the last few years, worked on and implemented very detailed and elaborate action plans to address (first and foremost) environmental concerns. Despite that, consumers are still questioning the cruise sector's commitment to drive transformative change. Clearly, communication needs to improve, and this view was shared by most cruise executives at the conference. The various C-suite executives in attendance could not have been clearer in their messaging: "We are taking this subject matter extremely seriously and are following through on our commitments and promises in further enhancing the sustainability targets and credentials."

With a diversified program, cruise executives presented on a number of impactful, innovative, and crucial topics in our industry. A lot was covered in Hamburg, but the three following topics stood out to us. These topics were discussed throughout the conference floor, the speaking sessions and panel discussions, as well as during the networking events.

Thomas Mielke is a founding member of AETHOS Consulting Group, and has a track record in successfully placing senior executives at leading hospitality companies across the EMEA region. He is an AESC certified consultant and is working together with travel wholesalers, real estate developments firms, investment companies and sovereign wealth funds as well as leading restaurant brands in identifying key talent and has joined forces with clients in establishing compensation schemes as well as organizational structures and workflows.

Andrew Hazelton is Managing Director at AETHOS Consulting Group. An experienced recruitment consultant, he has over a decade of retained executive search experience in a variety of industries, including hotel, restaurant, gaming, cruise, timeshare, real estate, and technology. Prior to joining AETHOS Consulting Group Andrew was with HVS Executive Search and spent six years with Korn/Ferry International.