Have You Ever Considered Using Failure as an Attribute?

By Gary Hernbroth, Founder of Training for Winners 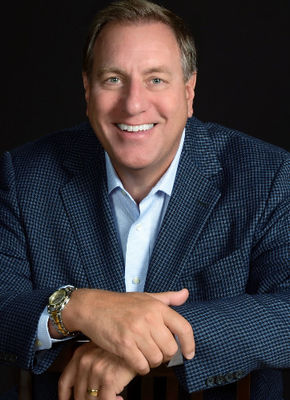 Whether you are looking for a job or being considered for a new responsibility, let me twist the familiar here and suggest that failure - yes, failure - could actually be your ally.

In a conversation with hospitality sales and marketing pro Steve Lowe about interviewing and hiring many people throughout the years, he had a unique take to share with me: "I like to ask people 'Have you ever failed? What happened and what did you do about it?' I don't believe that you can really be successful without having failed at some point or other in your life."

I love that! I wholeheartedly concur with Steve. I think it's especially true of salespeople. I know that I've learned from my own setbacks. Failure is one way that we learn, if we choose to pay attention, and it can reveal a lot about your mettle, your stick-to-it-iveness.

If you study the titans of history (inventors, captains of industry, sports, politics, military leaders) they all failed at something at one point or other in their lives. On a recent television broadcast of a PGA TOUR event, commentator and Hall of Fame golfer Sir Nick Faldo remarked, "You've got to lose first so you can figure out how to win."

At 19 years old, Elvis Presley was told to go back to truck driving after his initial singing tryout at the Hi Hat Club in Memphis in 1954. Michael Jordan did not make his high school varsity basketball team as a 15 year-old sophomore. They both learned from failure and went on to accomplish great things. In each case they faced a setback, some type of adversity they had to overcome if they wanted to pursue their goals. They turned an early failure into the fuel needed to put the work in and get beyond it to success. In the words of the late College Football Hall of Fame coach Duffy Daugherty, "Adversity introduces a person to themselves."

It's OK to fail. Just make sure you learn from it.
Some failures are our fault, sometimes we're in a group that fails, and at other times we're part of a failure that is someone else's fault. Then there are the times when Shift Happens. It just does. Everyone knows that. Take a moment to breathe here, because…

I can safely assure you of one thing: You will NEVER be interviewed by a perfect person.

Everyone has a few failures and setbacks in their rear view mirror. So don't worry about having to sound perfect. They know you're not, and neither are they.

As a job candidate, you should think about how you would answer these questions regarding failure. It will reveal a very important side of you, and an essential component of your personal brand. Don't be a prisoner of your failure. Learn from it. Make adjustments. Use it as your catapult.

It may sound counterintuitive or even strange to talk about failure and job interview in the same sentence, but how you've dealt with failure and how you overcame it may very well be one of your better cards to play when talking to an interviewer. After all, companies don't want you to fold like a house of cards at the first sign of a setback.

Think about these questions as you prepare to explain yourself to an interviewer, if asked about how you experienced and handled a failure or setback. Or you may even want to be bold enough bring it up as a talking point. They will help you illustrate how you turned a negative into a positive:

What was the failure or setback?

What contributed to it?

What was your role/involvement in the scenario?

What was the ultimate result of the failure?

What did you learn from it?

What adjustments or changes did you make as a result?

Since the setback, what positives have come about because of those changes?

Surely, no one really likes to fail. But being accountable and honest about it, having the courage to explain it, and applying the ability to illustrate how you grew from it or made things better, should give you a leg up on your competition for the job over others who think it's all about looking and acting like they are perfect.

Gary founded Training for Winners after 18 years in the hospitality business, where he developed valuable business savvy and a wealth of experience in many areas including sales, negotiation, managing others, customer care, leadership, project management, opening a business, training, forecasting, creating budgets & action plans, hiring, and teamwork.