STR: Hotels In Europe Should Still Plan For Demand This Summer

By Sarah McCay Tams, Director of Content, EMEA at Duetto 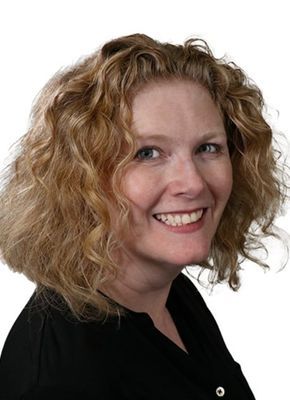 For hotels in Europe, we've hit rock bottom, but that means the only way is up, right? The STR EMEA update webinar, hosted earlier today by Robin Rossmann, Managing Director of STR's international business, gave us great insight into the situation Europe-wide, but with some glimmer of hope.

"Things are definitely reaching the bottom in Europe following the vast number of forced closures," Rossman said. "We are headed into uncharted territory."

With many countries on Europe now on government mandated lockdown, and a large number of hotels now closed, all we can do is look to Asia - where recovery is slowly taking shape.

STR data for occupancy % change versus prior year, as at week ending 21 March 2020, showed that mainland China is no longer the biggest decline at -72%. Japan has not yet seen significant declines and is at -68%. And Singapore has never really seen declines of much more than 50%. At the top end of the list was Czech Republic and Italy, both at -96%, and Greece at -94%.

Showing just how the global market is one in flux and hard to predict, at the start of the year Florida Keys was the highest occupancy markets, but last week the best performing market was Wuhan. "Not that surprising considering the medical support having to be accommodated," Rossman explained.

If we're at the bottom how does the current situation compare to previous downturns? And what could we forecast lies ahead?

"Already in China and Europe the declines are greater than 2008/9. The question then is 'How long will it remain at that level?'," said Rossman. Looking at China as an example - hotel occupancy plummeted down to 10% until new cases of Covid-19 started drying up at the beginning of March, then occupancies doubled to 20%. So, what does that mean for hotels in Europe and the rest of the world? Rossman said once new cases of the virus stop increasing and flatline, then we may start to see growth.

Occupancy for China as a whole is 20% with some domestic markets tending to do better than international markets at this stage. This is unsurprising given the international lock down.

"Along with the recovery in occupancy, we have seen an increase in hotels opening up. Hotels have been closed for two months on average. Now, 87% of hotels on average are now re-opened, but it varies depending on market," Rossman explained.

Hotels in China closed for an average of two months. Hotels in Europe are just going into lockdown, so we have at least two months before we can follow China into recovery mode.

Italy was running at 30% occupancy at the beginning of March but is now effectively at 0%. France and Spain has followed suit. "This week, Germany and the UK really started to see the impact - into that 30% occupancy threshold. We've seen a really stark decline for the UK in particular," Roche explained.

Looking forward 90 days, there is still some OTB business but it is expected we will start to see those numbers change as hotels close. Hotels at Heathrow were the only ones to see positive pick up.

It was a similar story in the Benelux countries, where occupancies saw major drops following the announcement of the EU parliament cancelling all events. Samantha Mardkhah, Business Development Manager, Europe, explained how OTB business was also depleted. "For the next 14 days, normal would be 50-60% occupancy, but we are now seeing a confirmed occupancy of Netherlands 14% and Brussels at 6%," she said.

Robin Rossmann closed the webinar with a ray of hope as he talked through recovery scenarios. He pointed to the fact that SARS was very much a quick recovery, within three months, with the recovery starting a month before WHO gave the all clear.

"The recovery will depend on what countries ease travel restrictions and a lot of that will be domestic to begin with," he pointed out.

Talking of the key summer business period in Europe, he likened it to "being on a movie set with no script and no end in sight".

But he remained confident that there will be an opportunity for people to travel again by the time we get to the summer.

"Lead times are likely to be much shorter, and a lot will depend on when airlift comes back. But we have to assume and plan that we will be open," he said.

In terms of long term recovery scenarios - Rossman said it all depends on the impact of this crisis on the wider economy. Most economists are forecasting some type of recession, the depth of that is unknown.

"If it is like or worse than 2008 then from an occupancy level that was a 1.5 year period of decline in occupancy, 67% to 61% in Europe - not that significant. But we are likely to see higher declines in occupancy this time around," he said.

And then there's the changes this could have on long-term consumer behaviour. A recent STR survey of international travellers has seen a decline in travel intent.

STR asked leisure travellers from 1-5 March about their intentions to travel internationally. 53% said their intentions remained the same. Conducting the same survey 16-25 March, that response had dropped to 35%.

However, Rossman urged hoteliers on the webinar to still plan for significant demand for the summer months as people will have been pent up and will looking for ways to travel beyond their house. "Demand will be there and likely first from the domestic market," he said.

Tune in to the next STR webinar update here.

Sarah joined Duetto in 2015 as a contributing editor covering Europe, Middle East & Africa (EMEA). In 2017, she was promoted to Director of Content, EMEA. An experienced B2B travel industry journalist, Sarah spent 14 years working in the Middle East, most notably as senior editor – hospitality for ITP Publishing Group in Dubai, where she headed up the editorial teams on Hotelier Middle East, Caterer Middle East and Arabian Travel News.

Duetto delivers a suite of cloud applications to simplify hospitality revenue decisions and allow hoteliers to work smarter, increasing organizational efficiency, revenue, and profitability. The unique combination of hospitality experience and technology leadership drives Duetto to look for innovative solutions to industry challenges. The software as a service platform allows hotels and casino resorts to leverage real-time dynamic data sources and actionable insights into pricing and demand across the enterprise. More than 4,000 hotel and casino resort properties in more than 60 countries have partnered to use Duetto's applications, which include GameChanger for pricing, ScoreBoard for intelligent reporting, and BlockBuster for contracted-business optimization. Duetto is backed by investors Warburg Pincus, Icon Ventures, Accel Partners, Battery Ventures, and Spectrum 28. For more information, please visit https://www.duettocloud.com/.