Impact of COVID-19 on the Tucson Hotel Market 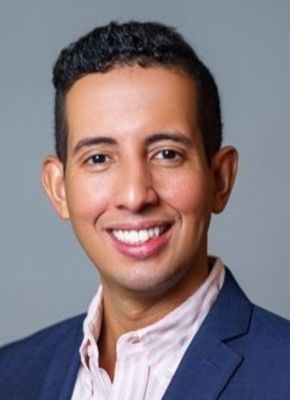 As with the rest of the country, the Tucson lodging market has been negatively affected by the ongoing COVID-19 pandemic. After reaching an all-time peak in performance in 2019, following eight years of nearly year-over-year growth, hotel performance came to a screeching halt in early March when travel restrictions began to take place around the country. During the month of April, which thus far has been the most affected month of the year, hotels in Arizona, including the Tucson area, experienced a RevPAR decrease of approximately -82% according to STR. Occupancy declines in April averaged -66%, while ADR declines averaged -48%. On a nominal basis, most hotels ended the month with an occupancy level near 25%, an ADR of $71, and a RevPAR level of $17. Unfortunately, the shutdowns nationwide came during high season for local hotels, further exacerbating the impact for local hoteliers.

National Hotel Performance: The U.S. market bottomed out in late March/early April,
with RevPAR down over 80%. A slow but steady recovery has been recorded in recent weeks,
although all metrics remain well below 2019 levels.

Considering the healthy performance in the first two months of the year, hotels in Arizona and the Tucson area experienced a RevPAR decrease of approximately -32% in the cumulative year-to-date period ending in April. A slow recovery began in late April, which continued through May. Nevertheless, as of early June, weekly RevPAR levels were still reported to be down approximately 60%.

It is important to note that the impact of COVID-19 has been felt in various ways by different classes of hotels. Luxury hotels, resorts, and full-service properties in Tucson have been affected the most given their focus on leisure guests, as well as groups and conferences; in some cases, these assets have been forced to suspend operations until conditions improved. Conversely, economy and midscale hotels, as well as those located in highway-adjacent or outlying submarkets, have been affected less. These hotels tend to cater to more steady and consistent sources of business and are not as reliant on "fly in" demand. The recovery has followed a similar trend. Economy and midscale hotels are experiencing more rapid increases in occupancy than what is being realized at the larger, full-service hotels. Overall, markets and/or sources of business that are reliant on-air travel will continue to be affected, as there is little visibility as to when some business and group travel will return. On the other hand, after months of travel restrictions and quarantines, Americans are anxious to leave the home; as such, leisure "drive to" demand is anticipated to recover first.

The current situation in the lodging industry remains unprecedented. Hotel cash flows have been severely affected, and owners have been forced to reduce staffing and expenses in order to preserve profitability. In some cases, even after receiving mortgage forbearance, cash flows remain negative. Given strong reductions in expenses, breakeven levels have been reported in the range of 30% to 35% occupancy for limited-service hotels and 40% to 45% for full-service hotels. During this time, however, hoteliers are advised to continue to manage expenses carefully as headwinds remain in place. The possibility of a second wave of COVID-19 remains high, and what originally started as a health crisis is quickly turning into an economic recession with high unemployment, which is likely to influence the speed of the recovery. Considering the year-to-date performance along with an anticipated recovery in the second half of 2020, HVS currently forecasts a RevPAR decrease of -53.8% nationwide in 2020. Furthermore, we anticipate that it will take four years to recover 2019's RevPAR level on a nominal basis (i.e., we will recover 2019 RevPAR levels by 2024). The performance of Tucson-area hotels in 2020 has thus far mirrored that of the nation; thus, the outlook for recovery is also similar. Owners are recommended to prepare for the current reality of reduced travel to become the new "normal" for the next twelve months; therefore, low leverage, flexibility, and adaptability are crucial.

Luigi Major, MAI has worked on appraisal and consulting assignments for more than 1,000 hotels and resorts throughout the U.S., Latin America, and the Caribbean, including work on several large-scale, international hotel portfolios and mixed-use developments. His work has helped build hotels, secure loans for hotel renovations and transactions, and guide plans for a wide variety of hotel ventures.