How Technology Has Fed Our ‘Last Minute’ Culture 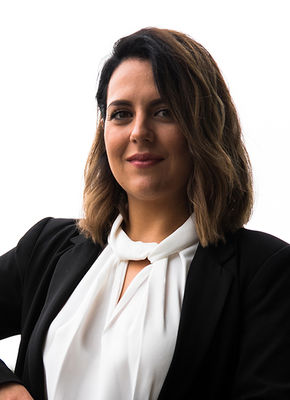 Since the mass adoption of the internet, technology has played a central role in shaping how almost every element of travel is experienced. From smartphones to electronic payments, blogs, social media, chatbots, A.I., ordering and review apps, and even smart luggage, technology has increased the ease and speed at which a holiday can be pulled together, and has been a lead driver in the growth of our industry.

Today, while COVID-19 has forced our world to slow down, it has also accelerated many existing trends we've seen emerge in the last two decades.

Hootsuite reported earlier this year that, everyday, consumers were spending an average of three hours and 22 minutes online via their mobile phone - a figure that has likely only increased in the year that 2020 has been.

Social media alone consumes two hours and 24 minutes of daily usage and, as a result, has an increased role in how travel is triggered, consumed and purchased for a broadening range of people in Spain. According to a recent report by Stackla, 52 percent of consumers say they have actively made plans to visit a specific destination based on an image or video they saw from friends, family or peers on social media - up from 43 percent just three years ago. It is said that half of the world's population is now on social media, which means that one-in-every-two people have the propensity to be influenced about where to take their next trip.

The rise of self-service

SiteMinder's Changing Traveller Report illuminates just how much we seek technology to enable our new ways of travelling. Among locals in Spain, only six percent say they plan to use a (human) travel agent to book their next domestic trip, with the vast majority heading online to lock in their plans.

It is a far cry from the dominance of bricks & mortar stores fifty years ago - although, with the growth of chatbots and A.I., which seek to replicate human behaviour, some might say that the hunger for human interaction is as strong as ever.

It is hardly surprising, however. Spain today has one of the highest rates of mobile phone penetration of any country globally. In Spain, our handheld devices have become our travel agent, our restaurant locator, our map, library, production studio and communication tool of choice.

A new level of immediacy

Beyond the planning stage, technology has also impacted the way we book our travel.

Printed tickets and bundles of clumsily-parcelled hotel reservations have today been replaced by e-tickets and mobile check-ins, making modern travel safer and also more environmentally-friendly. Prices, themselves, are ever-changing - because they can be.

As significantly, technology has enabled the further rise of certain booking habits, such as spontaneous, last-minute travel, which has gained momentum particularly since locations have been greenlit as safe.

In Spain, SiteMinder's Changing Traveller Report has found that almost 75 percent of local travellers plan to make their hotel bookings within a month of their holiday's start date - an insight confirmed by the World Hotel Index, which shows that of all bookings made at Spanish hotels in the last two weeks, 81 percent are for stays in either September or October. It is clear that, due to the ease and speed at which a reservation can be made, as well as the fluidity of price changes, many travellers are holding fire until just before they step out the door.

The way that accommodation is being booked is also changing. SiteMinder's research shows that online travel agencies, such as Booking.com and Expedia, are still the favourite way to arrange a holiday for the majority of Spaniards, however Google is also becoming increasingly present. Hoteliers, themselves, are now more savvy than ever at marketing their properties and accepting digital payments.

Living in the moment

In spite of the prevalence of technology, it is a facet of our lives that can ultimately remain optional. After all, we have the choice, as consumers, to switch it on or off. In fact, when it comes to planning or booking travel, there is nothing stopping any of us from booking our trip in the same way we did 10 or 20 years ago.

As a species, we are enthralled by technology, however. We are all deeply compelled to stay up to date, informed, free and also in control, and the way we approach our holidays has naturally shifted as a result.

Has COVID-19 forced our world to slow down? Yes, it has, but it has also accelerated our hunger for immediacy and need to wait until the very last moment to click "book".

Sara Padrosa has been a student of the tourism industry for more than a decade. After completing her degree in tourism and leisure management at Pompeu Fabra University, Sara began her career at the Maresme Coast Tourism Promotion Consortium, where she specialised in the development of tourism, accommodation and hospitality businesses within the Barcelona region.