Through August, Greater Boston Lodging Market Ranks as the Hardest Hit by Pandemic 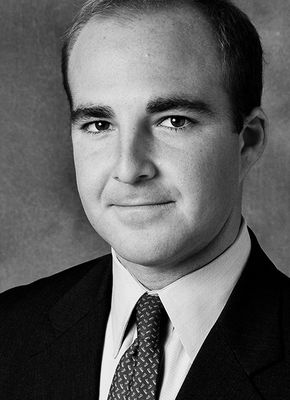 The Greater Boston market has experienced a 71% decline in room revenue through August when compared to the same time last year, the largest decline of all top-25 markets according to STR. Hotels in Boston and Cambridge, as well as those in the Greater Boston area, began to feel the effects of the ongoing pandemic in early March, before many markets around the country. Declines in lodging demand showed improvement over the summer months as there was an uptick in leisure travel, however, this began to slow towards the second half of August. Despite this slight boost, lodging demand was still down 70% and 62% in July and August respectively. Having endured six months of unprecedented declines to demand and revenue through August, hotel owners and operators are concerned that the declines will worsen in the fall and winter months as leisure travel slows and corporate and group demand remain practically non-existent.

Greater Boston
Demand declines followed a similar pattern across the Boston MSA, the country's top-25 markets, and the country as a whole. However, the Boston MSA was more negatively impacted than all top-25 markets and the gap widened in May and June as the State managed a higher number of COVID-19 cases and in turn, applied more strict restrictions on travel and businesses, specifically hotels.

Through August, revenue per available room (RevPAR) has declined over 68% in Greater Boston while the country as a whole has experienced a 47% decline. Submarkets which have endured the pandemic better than others include interstate hotels, extended stay hotels, and economy and midscale hotels. Given the make-up of the Boston hotel supply, which is mostly higher rated, full-service hotels which rely heavily on corporate and group demand, the overall market struggled more so than others.

Historically, the Boston and Cambridge lodging market accommodates approximately half of the Greater Boston market's demand annually. Year-to-date through August, Boston & Cambridge had an occupancy of 28%, down from 83% the same time last year. Average daily rate (ADR) through August was $172, a 34% discount to the same time in 2019. As a result, RevPAR in Boston and Cambridge has declined 77%.

The largest declines occurred April through June as businesses managed the state of emergency orders which restricted businesses, specifically hotels ability to accommodate travellers and large gatherings. Lodging demand, or occupied roomnights, was down over 90% each month from April to June when compared to the prior year. Those declines in demand improved slightly over the summer, -85% in July and -75% in August, as regional leisure travel picked up.

Group, corporate and leisure demand each represent between 28% and 33% of the market's accommodated demand, combining for about 95% of its total. Through August, group demand, bookings of ten or more rooms, has seen the steepest declines, estimated at 77%. This is projected to be the slowest segment to return and has shown little recovery since declining in March. Corporate demand has declined approximately 66% through August and is projected to see a slow recovery beginning in Q2 or Q3 of 2021. Despite improvements experienced the last two months, leisure demand has declined 62% during the same period. Given the slow growth trajectory of demand and the seasonality of the market with winter months approaching, the declines by segment are expected to be more pronounced as the year ends.

The performance figures presented represent a total inventory methodology which assumes all hotel rooms are available with the exception of hotels closed for more than six months or those that have changed use to things such as college and university dorms. For this reason, it is important to note the dramatic changes to supply which have taken place as a result of the ongoing pandemic.

The majority of hotels in Boston and Cambridge closed in late March or early April and some are still closed through the end of September with no plans in place to reopen. Hotels were given the green light to open as part of the State's phased reopening process on June 8.. Given the low levels of demand, the unclear guidance on reopening and accepting of out-of-state travelers, many owners and operators took a more cautious approach choosing to open much later. Based on information provided to Pinnacle Advisory Group from individual hotel owners and operators as well as the Greater Boston Convention & Visitors Bureau, we estimated the number of available rooms which ultimately closed. Available rooms supply in March was reduced by approximately 15% of its actual amount. This increased to almost 70% in April and reached a peak of 78% in May. Hotels were permitted to reopen in June however the market's supply increased to only 30% of its actual size. A considerable number of hotels opened in July and August as available rooms increased to 50% and 70% of its actual inventory, respectively. In September, approximately 15% of the market's hotel supply was still closed or operating as a different use (ie. dormitory for local universities and colleges) and we believe supply will remain at a similar level until Q1 2021.

Pinnacle Advisory Group presented its projections (found here) for the Boston & Cambridge and the Boston suburbs in August as part of Massachusetts Lodging Association's Annual Outlook event. Given the frequent changes facing the industry, Pinnacle will update these projections at the end of October and update quarterly moving forward.

Sebastian J. Colella is a Vice President with Pinnacle Advisory Group based in the Boston office. With over 15 years in the hospitality industry, Mr. Colella leverages his operational knowledge and expertise from experiences in the field. Work with Pinnacle Advisory Group has included market and feasibility analysis, acquisition due diligence, departmental revenue and expense performance evaluations, facility recommendations, brand assessments and impact studies, as well as appraisals of both branded and independent hotels and resorts.