The COVID Impact on Hotel Values

Reliance on data and sensible intelligence to form value opinions has never been more important. 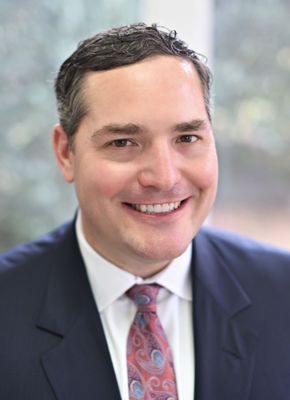 As we enter month nine of the pandemic, the hotel sector remains challenged, transactions are scarce, and from the perspective of someone who doesn't live hotels day in and day out, values seem to be a guessing game. And in this period of extreme volatility and uncertainty, there is a tendency to make hasty and potentially costly decisions. But it is precisely during these times when taking a rational and long-term view is paramount. Reliance on data and sensible intelligence to form value opinions has never been more important. While this article does not provide absolute clarity, it is intended to be informative and perhaps assist in the quest for price discovery. The statistics presented throughout this report come from a proprietary data set of appraisals and transactions in which the COVID impact on value could be reasonably measured.

As the pandemic has progressed and more data points have been collected, some interesting, but perhaps not surprising patterns have emerged. All chain scales and locations have been adversely impacted, but disproportionately so. The data suggests hotel values sector wide have declined, but vary considerably based on differences in service level, chain scale, location type, price tier and demand sources. Lower tier, economy and midscale hotels in interstate highway locations, for example, have witnessed the least disruption in operations and in value as they continue to accommodate essential workers, transportation professionals, healthcare workers, construction crews, and leisure guests. On the other end of the spectrum, upper upscale and luxury hotels dependent on large groups, conventions, inbound international travel and fly-to destinations have been the most severely impacted and have suffered value declines well above 20% in some cases. The data generally fell into three tranches of value impairment that we have categorized as low (<10%), moderate (10-20%) and high (20%-30%). The general characteristics for these three categories are presented below:

To put a finer point on value impairment disparity, the combined data set was analyzed based on service level, chain scale, location type and price tier. Note that the values underlying the statistics below are current, or "as-is" values and not stabilized values, meaning the suppressed net income levels during the initial years of recovery were factored into the cash flows to formulate pricing and value conclusions.

As illustrated, value impairment for the hotel sector broadly has been around 20%. Urban, fly-to resort, full service and upper tier hotels have experienced average value declines as much as two to three times more than lower tier hotels in low density locations. The magnitude of RevPAR decline and the timing of recovery to normalized operations in which cash burn can be severe and prolonged make targeted yields difficult for investors to realize without significantly reducing their cost basis.

The notion of value erosion for hotels in the current situation is not unexpected, but what effect will the pandemic have on values longer term as hotels return to normalcy? In an effort to answer this question, the stabilized value conclusions from pre- and post-COVID data sets were compared. Values were derived via the Direct Capitalization approach, by applying a capitalization rate to the net operating income of the first stabilized operating year. Value dates were adjusted to match, allowing for a truer comparison. As a point of clarity, this value comparison method is not common practice; rather, it is simply offered as another lens through which value trends can be viewed, and will hopefully provide support for the critical decisions so many in the industry will face in the coming months. The results are illustrated below:

As indicated, average value impairment is roughly twice as high in full service, upper tier, urban/fly-to resort markets and assets over $25 million. Again, the extent and duration of the pandemic impact will be more pronounced in urban, corporate, upper tier and large group/convention hotels. The average value impairment for all hotels of 15.1 percent in stabilized values is not as severe as the 20.2 percent in the "as-is" value scenario, but the figures are still meaningful and give some perspective to the possible long lasting effects of the pandemic. The spread between "as-is" and stabilized value scenarios are logical given that the stabilized values do not include the suppressed income levels during ramp up reflected in the cash flows for the "as-is" analysis. The value impairment between the stabilized scenarios, on the other hand, is perhaps higher than one might expect. To that end, stabilized RevPAR levels in the pre-COVID scenario largely reflect figures above inflationary adjusted historical peaks; whereas stabilized RevPAR in the post-COVID scenario tends to reflect a return to nominal 2019 levels. Further, there were notable differences in the timing to realize normalized operations between the two stabilized scenarios, and the impact inflationary revenue and profit growth has during this time span is reflected in the percentages.

In summary, the lodging sector has been decimated and faces more headwinds as we enter the slow winter months. Liquidity pressures are at record highs and recovery can't come soon enough. Values have declined and the effects of the pandemic will likely be felt for years to come. But public and private enterprises alike are joining forces to revive and rebuild this ever-important part of our global identity. Extraordinary efforts of forbearance and federal stimulus are softening what would be an even more catastrophic blow to investors and operators. Hotels are resilient and have proven time and again to recover from even the most dire market conditions. This time will be no exception. Values will eventually return, and travel will thrive once again. So be patient, stay the course, and we will emerge as an even stronger, more vibrant industry than ever before.

Tommy Crozier, MAI, CRE, CCIM is an Executive VP with CBRE Valuation and Advisory Services based in Charlotte, NC. Tommy leads the US division of CBRE Hotels Advisory with 55 professionals who advise clients in all stages of a hotel life cycle. In 2019, CBRE Hotels Advisory evaluated more than $40B in hotel real estate and is recognized as one of the industry’s leading full-service hotel services practices.