The Dangerous Threat Of Coronavirus To All Things Equality

Progress of a select few which keeps the majority back is a recipe for disaster and often ends badly with misery, conflict and riots on the streets. This is a real and present danger - can we go on without doing anything anymore?

By Aradhana Khowala, CEO I Chair I Board Member I Adviser I Keynote Speaker 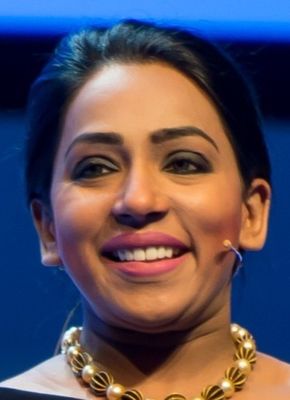 With COVID 19 we have all been thrown into a new world, barred up in our homes, missing the comfort of friends and family. While we are wrapped up in our own bubbles, we have been oblivious to the fact that many poor people are suffering, and the fact that the gap between the rich and the poor has widened enormously and at an unprecedented rate during the crisis. Progress of a select few which keeps the majority back is a recipe for disaster and often ends badly with misery, conflict and riots on the streets. This is a real and present danger - can we go on without doing anything anymore?

Data shows that low-paid, often low-skilled, workers have been particularly affected during the crisis. Many of the so-called "frontline workers", put their health at risk, exposing themselves to the virus to ensure the continuation of essential services during lockdowns. Analysis done by ONS1 has shown this cohort had the highest risk of dying from COVID 19. Travel, tourism and hospitality is in the eye of the storm as restaurant and catering jobs are at the highest risk (at 119.3 per 100,000 deaths), followed by care workers (109.9 mortality rate), metal workers (106.1) and food workers (103.7). The data also showed that 19 out of the 20 most deadly occupations have an hourly wage below the UK average of £15.14. In sharp contrast, men working in managerial and professional occupations have much lower death rates. For example, the rate among chartered and certified accountants was 19 per 100,000, for legal professionals it was nine per 100,000 and for architects it was four per 100,000.

High earning jobs have come back faster than low-income jobs

This is because the top 25 per cent of earners were, on average, 50% more likely to work from home than the bottom 25 per cent. At the same time, low-income workers are twice as likely to have stopped working completely. This is especially true in the travel, tourism and hospitality sector with lost jobs as hotels, restaurants and pubs have all been closed. The latest spending data from Opportunity Insights2 in US shows that wages in higher income jobs have started to increase by 2.9% by 2021 while lower income workers have lost more than 21% of their salary. This is disheartening.

Billionaires on the other hand have made hay in the crisis

The crisis has benefited the very wealthy as billionaires have had an extraordinarily profitable pandemic. Data from an index of 650 billionaires in US shows that their wealth has increased by 34% or $1 trillion from the beginning of the pandemic to November 2020 and this number is still growing given the roaring performance of stock markets since then. This ultra-rich group now owns twice the amount of wealth held by the bottom 50 percent of all-American households combined, approximately 160 million people.

Vaccinations in poor countries are suffering

Last but not the least, vaccine nationalisation has put the poor nations last in terms of access to medicine. For every dose of a COVID-19 vaccine administered in lower-middle income countries, such as India and Egypt, the wealthiest nations have given out 23. Most of the high-income nations like the US, UK and other European countries have procured vaccines in excess of their requirements3 while most of the world's countries not having had a single dose. At current rates, most low and lower- middle income countries won't achieve widespread vaccination until 2023 - a delay that is both economically as well as morally catastrophic.

COVID has led to a huge imbalance in equality in the society. While we think we are suffering; we have ignored the needs of those less fortunate and the poor have not been systematically included in our thought bubbles. Unless we are calling for a revolution, we need to actively listen, empathise and act decisively NOW to ensure equality especially after the crisis. Governments needs to focus on making policies which address the needs of the most impacted. Businesses need to acknowledge what is at stake and set up social listening and monitoring systems to feel the pulse of the people and course correct with agility. This at the core means creating opportunities for those who are dissimilar to you and those who need it most instead of sticking to your normal circle of "go to" people. In Tourism we also need to take immediate steps to help women get back to work as four times as many women than men have left the workplace since the crisis.

Aradhana is a global expert on the travel, tourism and hospitality industries. Her executive, entrepreneurial and board career spans over two decades, five continents and 75+ countries. She is currently the CEO of Aptamind Partners, a private client advisory that advises governments and businesses on using tourism as a force for good and she is the former Managing Director of Tourism at NEOM which is the US$ 500 Billion land of the future in the Kingdom of Saudi Arabia.