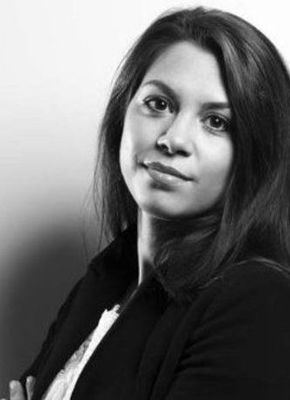 As a manager, you need the flexibility to make split-second decisions, day in and day out, tracking advancement on various projects, making sure team member has made progress in delivering on their tasks, deciding whether to pursue a business opportunity or not, plan the strategy and priorities for the next year or month, when to host the next team meeting, brainstorm or outing, and everything else in between. Although some routine choices run up against are direct and straightforward, most situations on the job will require you to lean heavily on your knowledge, your analytical skills or past experiences to resolve them.

If you had to spend your time analyzing each of the possible solutions to a problem, starting with a blank slate, you'd be lucky to get anything done at all. So, to make all those decisions, you rely on a built-in cheat sheet that you can use to streamline the decision-making process and it all happens without you even realizing it. Psychologists call this handy cheat sheet, your unconscious bias.

How Does Unconscious Bias Affect the Workplace?

Unconscious bias can play a huge and rather destructive role in workplace decision-making if you allow it to do so. Remember that all biases are nothing more than random generalizations and personal preferences, not rooted in facts, and should never be a part of corporate decision-making.

Therefore, it should be pretty simple to root out these unwanted biases, but unfortunately, it is not. Since unconscious biases are deeply buried within your brain, learning to recognize when you are making a biased decision can be very difficult at first.

But over time, you will get better at identifying and eliminating these unconscious biases from invading your thinking. Once you can recognize and stop yourself from engaging in biased decision-making, you will take a crucial first step towards creating a productive and inclusive work environment.

Common Types of Unconscious Bias Examples You Need to Know

While unconscious bias can show itself in multiple ways, several well-known examples tend to pop up more frequently. Here are six of the most common types of unconscious biases you can start with to build your bias awareness:

Do you have common interests or hobbies with your friends or spouse? Do you like the same movies and music, belong to the same organizations, and share similar values? You probably do. Study after study shows most people prefer spending time around others that mirror themselves. It's human nature, and there's nothing wrong with it outside of the workplace. However, making work decisions based on affinity bias can negatively affect your staff members.

When management allows affinity bias to creep into the decision-making process, favoritism occurs. Whether it is deciding whom to promote, assigning daily tasks, or handling requests for time off, favoring one staff member over others solely based on a worker's physical characteristics, personality traits, or interests reflecting your own, not only results in possible poor productivity, but lower morale.

This type of bias is widespread, and managers often find themselves gravitating to certain workers over others based on shared interests. Companies may even promote affinity between management and workers as a way to improve morale through bonding. However, even if there is no malicious intent, making business decisions based on affinity doesn't yield the best results.

As a manager, you can lessen the effects of affinity bias by:

While affinity bias describes the idea that a person prefers others who are similar to himself, stereotyping occurs when a person makes assumptions about an individual based solely on the person belonging to a group of dissimilar people. Stereotypes relating to a person's race, ethnicity, religion, gender, age, or physical appearance, are the most noticeable and easily identifiable. However, there are many less common but equally damaging stereotypes out there.

Less overt stereotypes, like those built on a person's educational level, regional accents, personal style, and political affiliation, play an important and often unseen part in how we interact. These hidden stereotypes are often the most difficult to identify because they tend to be based on an individual's choices and not uncontrollable traits.

Unlike affinity bias, which can be beneficial outside of the work setting, stereotyping is never productive. Although it may be easier to recognize stereotyping in yourself and others than other forms of unconscious bias, that doesn't mean that breaking free of stereotypes is not tricky. It is essential to realize that stereotyping doesn't always involve treating a person poorly, just differently based solely on a preconceived notion of the value of a particular trait.

As a manager, you can help yourself overcome the bias of stereotyping others by:

Any challenges to what you believe to be true are never comfortable. That is why confirmation bias is such a significant problem, especially in competitive environments such as the workplace. Confirmation bias occurs when people place more credibility in information or data that supports the way they already think or act and discount even strong evidence that advocates for an opposing viewpoint.

Engaging in confirmation bias or promoting it at work can have detrimental effects on limiting the productivity and creativity of staff members. The best workers quickly pick up on the fact that their boss will always praise ideas that adhere to certain beliefs and simultaneously dismiss those that don't. Soon all work will reflect the opinions of the boss, and not what is real or best for the company.

When there is no longer anyone challenging existing views, you end up with an echo chamber that may feel good and avoid disagreements among staff members, but can result in damaging business decisions.

As a manager, you can help yourself avoid confirmation bias by:

It's no secret that society celebrates success. People who gain a high level of achievement are rightfully admired. However, things can go downhill quickly if you start to believe that success within a narrow area of focus will automatically translate into success across the board. This faulty way of thinking is called the halo effect.

The halo effect can pop up in a number of ways at work and tends to result in management overestimating the abilities of a team member. Managers affected by this type of unconscious bias may wind up placing a worker in a position he isn't qualified to hold or putting too much importance on the worker's opinions. For example, just because a worker did a great job on last quarter's financial report doesn't mean he will do equally as well if you assign him this quarter's risk assessment report.

As a manager, you can resist the halo effect and the horn effect by:

Most people have pretty good reasons for their actions, even if it is not always clear to others. Attribution bias looks at the difference between the real reason behind someone's behavior and the assumption of the reason behind it.

There are two kinds of attribution bias. The most common variety involves misunderstanding the reasoning for other people's behavior, and the less frequent type is misunderstanding your own reason for doing something.

When people apply attribution bias to others, the assumed motivation is often negative. For example, a worker who is habitually late for work is lazy, while the actual reason may be that he is a single father and has to drop his children off at school on the way to work.

On the other hand, when attribution bias is applied to oneself, the reasoning is often positive, even though that isn't always the case. For example, you may think of yourself as being someone who is a self-made man, but in reality, you inherited a small fortune from a relative.

As a manager, you can reduce the effects of attribution bias by:

Even the most capable people have trouble paying attention. In fact, the average attention span for adults has fallen in recent years to just over eight seconds! It is no wonder that so many people tend to find themselves falling for recency bias when making important decisions.

Recency bias occurs when an individual places more importance on the last bit of information he receives rather than weighing all information equally no matter when he learned it. By doing this, the decision-maker gets a skewed picture of the situation. Obviously, this is not the best way to make the most informed decisions.

Recency bias often pops up when evaluating employees during their performance reviews. Employees that perform well in the weeks before the evaluation tend to receive good reviews, even if they did not show the same level of work earlier in the review period. Conversely, workers who did an outstanding job for most of the year but struggled during the final few weeks often get a bad review.

As a manager, you can minimize the effects of recency bias by:

Where Should You go From Here?

Remember that everyone has biases, and although your ultimate goal may be to eliminate as many as possible from your decision-making process, it is impossible to get rid of them completely. The best you can hope for is to learn how to recognize when an unconscious bias starts to creep in so that you can tamp it down.

Just by being aware and spreading awareness in your organization, you are on your way to making better managerial decisions and creating a better company culture.