Is Rate Parity Good Or Bad For Hoteliers?

Some industry professionals have declared rate parity "dead". Some European countries have de facto outlawed rate parity in recent years. Yet, all major hotel chains strictly enforce rate parity for all publicly available rate. A number of industry experts believe that rate parity benefits hoteliers more than the OTAs and cite case studies from Europe that clearly show that the only beneficiaries of the removal of rate parity were the OTAs. Should rate parity become obsolete or should it continue to be a best practices opponent of hotelier's revenue management strategy?

Initially, rate parity was a really good idea. Keep in mind that hotels had already fallen behind the OTAs in figuring out how to sell rooms online, leading to the now-historic shift of business and asset value. Competitive shopping and data analysis tools weren't nearly what they are today, but most hotels eventually figured out that what they initially thought was a new market was in fact their existing customers, being sold back to them at a discount, with the customer frequently finding a lower rate on the OTA. Rate parity, and the accompanying threat of Best Rate Guarantee fines, cleaned up the pricing discrepancies, leaving hotels to focus on improving their own online marketing, and negotiating with their OTA market managers, to recover at least some of the lost profits. see more

The reason OTAs have benefited when parity is relaxed is because they have been quicker to react to their new-found freedom, most notably by strategically giving up a portion of their fluffy commissions to lower their prices. As expected, the lower profit per transaction is more than offset by the huge volume gains that come from selling the same product for the lowest price in the market.

It's time for hotels to take back control and the elimination of forced rate parity is a big part of it.  In a world without rate parity clauses, hotels wanting the reach of global, omnichannel distribution would benefit from implementing a “net rate parity” strategy, based on their own rate minus their direct incremental distribution costs, thus rewarding the most efficient marketing partners, not just the most powerful negotiators.

Rate parity benefits no one and should have been euthanized a long time ago.  Enforcing it ignores each channels' cost of distribution; causes ill-feeling between distribution partners and limits competition resulting in unwelcome scrutiny from competition authorities.  Let's use the excuse of new and pending legislation to place rate parity where it really belongs - in the trash can!

The age-old question of rate or channel parity. My goodness, get over it! OTAs have been able to alter their rates through short term promotional discounts and loyalty activities. Wholesalers offer a blend with airfare and activities to create opaque rates. Hoteliers need to look at net rates and decide the best approach for each channel and for their specific market needs. Revenue managers need the freedom to create a rate structure that best serves their business goals. If this means bending the rules (so to speak) of rate parity, so be it. Long live the freedom to build the business without the shackles of rate parity, because it just doesn't work.

Rate parity is a mirage, and not one worth pursuing unless we evolve from the current, cached-data-based, room&rate distribution ecosystem. And, as I don't see blockchain-based distribution being mass adopted any time soon (for obvious reasons, as undercutting hotel rates is a lucrative practice for pretty much every single player out there), then the whole rate parity' discussion is nothing but the Shakespearean's "much ado about nothing." see more

As I already wrote, I am not sure what hotel associations had in mind when they imagined a post-parity industry but, so far, outlawing rate parity clauses benefited only distributors (and, osmotically, price check and parity monitoring widgets providers), created a vortex of members' discounts, opaque offers, and B2B2C rates, lack of inventory control, reduced RevPAR, and increased costs-per-guest-acquisition.

So, should rate parity continue to be a best practice in our industry? I think the question needs rephrasing.

Is rate parity achievable in our industry?

If you've read this far, I am pretty sure you already know my opinion...

I am a firm believer that rate parity for publicly available rates benefits hoteliers in the current “one-to-many” revenue management practices in hospitality, in which hoteliers come with pricing tiers for different categories of guests: corporate transient managed, corporate transient unmanaged, corporate group, SMERF, leisure transient, weekend, etc. Case studies from European countries like France where rate parity was outlawed clearly show that the only beneficiaries of the removal of rate parity were the OTAs, since hoteliers, “liberated” from the rate parity requirement, were reluctant to invest in the direct channel (mobile-first website, digital marketing, omnichannel marketing, CRM, etc.) thus failing to convey the property's unique value proposition and to engage, acquire and retain the customer. see more

The future, though, is not in rate parity or it's removal, but in dynamic, real-time personalized pricing i.e. in one-to-one pricing vs the current one-to-many pricing approach. RMS powered by AI will read in real-time hundreds of data feeds: property's real-time occupancy needs, business objectives, traveler's intent, loyalty member status, RFM value, browsing behavior on the hotel website, demographics, social media influencer status, feeder market origin, length of stay, etc. and within milliseconds present the traveler with a unique highly personalized rate. If 1000 people visit the brand website, they would get 1000 different rates even if they are looking for the same dates of stay and room type.

We can certainly ask if rate parity is good or bad for hoteliers, but do we wonder how customers feel about it? Is there a more annoying thing than researching online for an upcoming trip and seeing 8 different rates come up... for the same hotel? Mind you, this seems like a thing of the past... but  just the kind of thing that has customers in uproar about travel. see more

If a room at a given hotel is worth $300 on a given night, the rate should be the same no wonder what website you find it on, from OTA to DMO, Google or other meta-search engines. If I book direct, I expect to pay the same price, or perhaps even less. If rate parity is applied, then at least throw in some added value: extra rewards points, complimentary breakfast, high-speed wifi, complimentary access to spa, etc.

If rate parity becomes obsolete (legally), maybe the players with the strongest direct channels could afford the luxury of having different prices between their channels. But let's be realistic, for most of the hotels and their dependency on OTA's business, the goal will be to maintain a good display ranking. Today, to have the best ranking, hoteliers pay more commission. Tomorrow hotels will still pay more commission but also only be pushed if planning and pricing are loaded identically to their direct channels. So, even though hotels are legally allowed to drop rate parity, this will hardly happen due to the fight between hotels to get the best ranking and get more business.

Rate parity is good for hotels. If hotels are still in a position to enforce it, then they should. Without it OTAs now have the freedom to cut into their own commissions when necessary in order for them to maximize their chances for guests to book on their site/app.  see more

This is already happening and with all the ressources and data points that OTAs have access to, they are in a very good position to know when to adjust the rates to capture a guest.

OTAs have been doing it for a while even with rate parity in place but without it they'll be able to do it at a much different scale which ultimately will hurt the hotels.

In general I view Rate Parity as a level of equivalency to price fixing. Price fixing is not generally viewed as a good thing. Following the basic rules of markets the most attractive price of a product is from the producer of that product. In our case the producer of the room product is the hospitality industry.  see more

All other parties further up/down the distribution channel depending upon how one views it, are some level of middleman player. It follows that the middleman will have costs of their own to bear on top of the cost price of the product from the product producer. This is where their opportunity to make a profit is available.

Why, in hospitality, is the producer of the product forced to find ways and means to differentiate their own core product they produce through loyalty, additional services, inclusions, incentives and other basic cost impacts, to make the product attractive for the end customer? The same customer who is ultimately their direct customer, consuming their product. All so that it is 'fair' to other parties who want to sell the product that they do not own or produce. In my view it's a backward model.

Constant dialogue in industry discusses the balance of direct bookings vs. third party electronic or largely referred to OTA's. If the lowest price of a product is from the producer and for the most part buyers generally seek the lowest price for the same product, it follows that the majority of bookings would be directly with the producer. In our case hospitality organisations. Third party distribution channels certainly don't want that.

In the bricks and mortar world of the Travel Agent, the business model was to provide reach into far flung locations around the world through direct travel agent rate setting (10% commission on revenue booked) or through a wholesaler model where products were packaged inclusive of room products with volume rates and fixed hidden cost price based upon volume of production.

The electronic business model of today has done great things for travel and hospitality as industries in terms of exposure and custom. However I'm not convinced that the process of aggregating and consolidating other peoples products is worth significantly more than it was under a traditional model.

What is constant is that the guest can't sleep on an electronic transaction. Joseph and Mary were walk-ins. 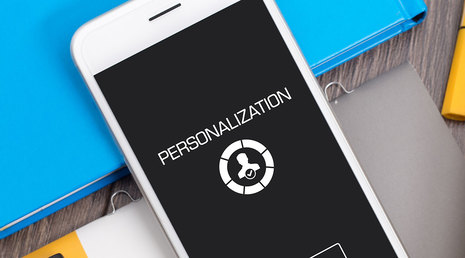 Is Personalization in Hospitality Dead or Alive? 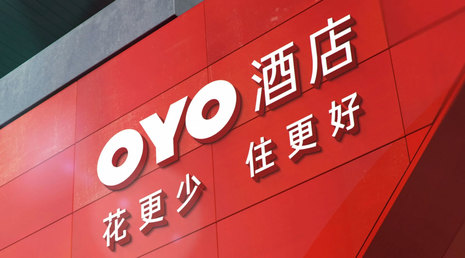 Is OYO Hotels the next WeWork of the hospitality industry? 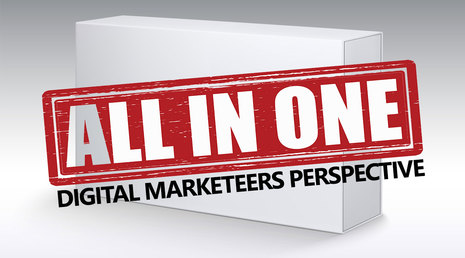 Why are there so many hospitality technology vendors in our industry? (Part I) 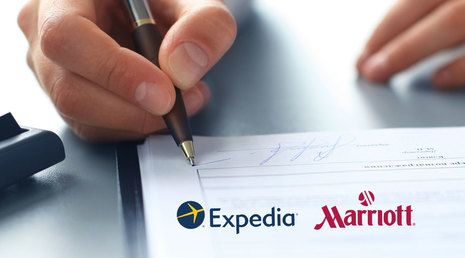 Wholesale distribution is poisoned: Could an OTA be the antidote? 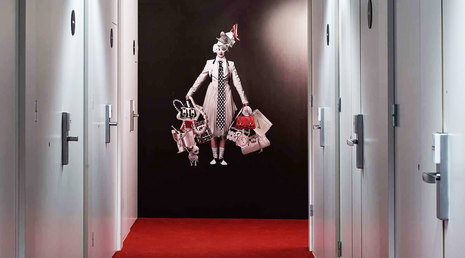 Attribute Based Shopping - A blessing or a bane?