Legislation regulates the way we utilize natural resources, avoid pollution and harmful substances, manage waste and protect ecosystems and human rights. Supporting sustainability through the use of proactive legislation is nothing new. Rather than being a constraint to businesses and individuals, proactive legislation can eliminate competitive disadvantages and thus be an instrument paving the way to a successful and sustainable future (Berger-Walliser et al., 2016). In many cases, however, legislation is enacted as a last resort. In Germany, a new law on packaging makes it mandatory for the gastronomy sector to provide reusable containers as an alternative to single-use items from 2023 onwards. This is, arguably, a long overdue legislation based on a EU Directive. In a recent representative survey conducted by the German Packaging Institute (DVI) and World Wide Fund For Nature (WWF), 85% of respondents are in favor of introducing a deposit refund system for reusable containers. And while citizens around the globe view climate change as a major threat, the most recent report from the UNFCC warns that climate action plans put forward by nations ahead of COP26 are nowhere close to meeting the goals set in the Paris Agreement. Looking at legislative initiatives in your country, where do you see room for improvement? In which area under the sustainability umbrella do you see the need for more (or less) regulations? Can you share some best (or worst) practices?

Sustainability-Driven Legislation - Setting The Right Conditions For Hospitality? A Review Of Viewpoints

I see the biggest potential of legislation in bringing down green premiums for hospitality businesses. Especially in the fields of green energy supply and circular economy solutions, those premiums are still very high and likely to discourage investments into a sustainable future.

So, how can governments reduce green premiums and provide robust business cases for sustainable solutions?

By internalising externalities into conventional practices (for e.g. cap-and-trade, carbon or import taxes) or banning them entirely (for e.g. ozone depleting substances or certain types of single-use plastics). They could also put in place demand side incentives such as low interest loans, subsidies or feed-in tariffs (in the case of electricity generation).

However, today's business cases, at least those driving change and innovation, have to include more than a single nation's market (perhaps except for the US, China and India). Which is why international cooperation is key to a transformative set of regulations. The Paris Climate Agreement is proof to what can be done - but also how hard it is. Another solid (though not flawless) example of how legislation can drive down green premiums is the stance Germany took on increasing the share of solar in their electricity grid in 1990. Subsidies incentivised homeowners to install solar on their properties. Germany increased its solar capacity by nearly 65% between 2008 and 2010. The massive demand led to the reduction of green premiums on solar cells by a factor of 10 between 2010 and 2020.

View all 21 views in this viewpoint 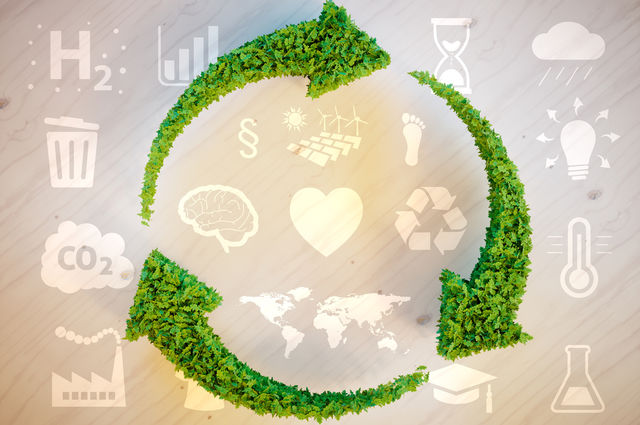 The Sustainability in Hospitality Panel is about exploring ideas, solutions and strategies required by the industry facing increased environmental and societal challenges.
More in this Panel