Following its London debut, Standard International, the parent company of The Standard, has announced the opening of The Standard, Huruvalhi Maldives. The resort is a short sea plane ride away from Male, nestled between the Raaand Baa Atolls, on a naturally protected island.

"It is such a treat within the same year to show the world what The Standard can be in one of the busiest places and one of the most tranquil places on the planet," said Amar Lalvani, CEO of Standard International. "What makes me so proud is that despite the vast difference in setting, the culture of both are unmistakably Standard." 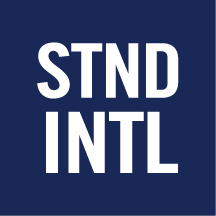 Created in 1999, The Standard hotels are known for their taste-making clientele, their pioneering design, and their unrelenting un-standard-ness. With 7 hotels in New York, Los Angeles, Miami, most recently London and the Maldives, and the upcoming The Standard, Hua Hin and the Asia flagship, The Standard, Bangkok Mahanakhon slated to open in early 2022, the goal of every Standard project—be it a hotel, a rooftop discothèque, or a magazine—is to defy conventions, up the aesthetic stakes, and deliver an experience that can only be had at The Standard.
more information
Hotel Details