Nestled on sand dunes in the heart of Montauk, just steps away from the town, Marram Montauk is a luxury boutique resort that is bringing a new standard of essential, effortless luxury to Montauk. Situated directly on the Atlantic Ocean, the resort, which was once a famed haunt for noteworthy surfers, today announces its official reopening for the season. With New York City officially opening July 1st and the market out east continuing to show a huge spike in demand, Marram and Walker Hotels in New York City is celebrating the kickoff of summer with the "City and Sea" package, inviting guests to explore the best of both worlds that New York has to offer.

Taking over a property that has been welcoming Montauk vacationers for decades, Bridgeton Holdings [Walker Hotel Tribeca, Walker Hotel Greenwich Village, Marram Montauk] breathed new life into the former 1960's Atlantic Terrace Motel creating Marram, the barefoot luxury lifestyle resort that officially opened in April 2020. A fresh addition to the Montauk boutique hotel scene, laid-back luxury is at the core of the hotel, which encourages guests to slow down and focus on life's simple pleasures. Upon visiting, guests will notice Marram's both innate and intimate sense of place that evokes the spirit of its natural, untouched landscape. The boutique resort, collaboratively designed by Bridgeton Holdings and Brooklyn-based Post Company, features 96 guest rooms, an open communal lounge, along with an on-property counter service South American café. The property also offers a surf shop and lessons by the Engstrom siblings - a local trio of world-renowned surfers: Leif Engstrom, Ariel Engstrom, and Lexi Engstrom.

Named after the wild grass that grows on the sand dunes surrounding the property, Marram's design takes cues from Montauk's natural beauty, evoking the grey morning mist and expansive dunes with its light and muted color palette. The hotel's main entry is framed with wild botanical balusters that gently guide guests through the property and the lobby exudes a raw warmth with its unfinished and uninsulated white oak walls. The building's exterior is clad in hand-trimmed cedar with walkways connecting various rooms and spaces framed with custom Mahogany handrails and lush dune-inspired landscaping blending into the natural dunescape of the Atlantic seaboard.

Marram is ideally situated, only steps away from the coveted Terrace surf break and a five-minute walk from the main stretch of the bustling heart of Montauk. The property is located alongside Shadmoor State Park, which offers hiking and biking trails throughout its scenic bluffs, and just a short bike ride to Camp Hero Park, where the first lighthouse in New York was built and still stands today. 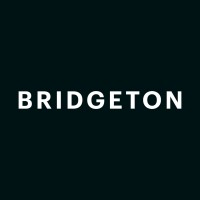