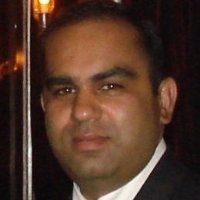 The Gateway Hotel & Resorts has appointed Devraj Singh as General Manager of The Gateway Hotel in Jodhpur. Singh brings a wealth of capability and knowledge to the table with more than 16 years of hospitality experience. Commenting on his appointment, Singh said, “I am delighted to take up this new position and look forward to work with in Jodhpur- a city full of culture and vibrant tourism.” Prior to taking on his current role, Singh served as the General Manager of The Gateway Hotel in Madurai from 2012 to 2014. He was the Food & Beverage Manager of Taj Deccan, Hyderabad from 2007 to 2012. Having started his career with the Taj hotels after graduating from IHM Bhopal, he has strong banqueting and Food & Beverage experience with a portfolio ranging from hotel launches, lifestyle and wine training.