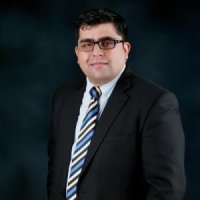 Vignesh Mani, appointed general manager of Oakwood Residence Sukhumvit Thonglor, has returned to the Oakwood fold, where he was previously director of sales and marketing for the two properties in Bangalore. His past experience included working at Marriott. Vignesh holds a Master’s in Business Administration from the ICFAI Business School, Hyderabad and a Bachelors in Hotel Administration from Welcomgroup Graduate School of Hotel Administration, Manipal, India.

Oakwood, a wholly owned subsidiary of Mapletree Investments, is a leading brand in hospitality management. A pioneer of the extended stay segment, Oakwood manages a global portfolio of award-winning properties that combine the s pace and comfort of a private residence with the thoughtful services and amenities of a hotel, ideal for both short and extended stays.
more information
Recent Appointments at Oakwood