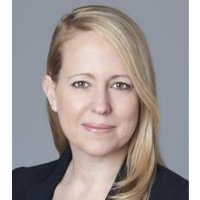 SACO The Serviced Apartment Company has today announced the appointment of Melanie Klaschka as its new Head of Sales for Europe. As SACO prepares for the launch of its first European aparthotel in Amsterdam in 2016, this new position is integral to the growth of its European operations, as well as providing it with local representation and support for a growing portfolio of international clients. Klaschka will be based in Dusseldorf, with the role of building SACO’s presence within continental Europe. She is also tasked with scaling up operations across Europe in line with SACO’s continued European expansion. Klashka’s appointment follows the announcement of SACO’s evolved brand approach last month, with a new campaign and brand positioning strategy “beapartofit”, aiming to drive the serviced apartment sector forward and meet the needs of travel buyers, bookers and travellers. In 2016 and 2017, SACO will be opening and operating a wide range of further properties in the UK and into Europe, taking its total number of operated apartments to over 1,600. As well Amsterdam, there will also be new properties in cities such as London, Edinburgh, Aberdeen and Dublin, with others to follow, some of which will be SACO aparthotels and whilst others will be the company’s new Beyonder concept.

At edyn™ we believe that travel should be a rich journey of discovery, rewarding curiosity with knowledge and inspiration whether travelling for business or leisure. Over 18 years we’ve built an extensive range of serviced apartments and aparthotels across our four brands: Locke, SACO, Wittenberg and The Moorgate, as well as our partner network, developing a global supply chain of over 80,000 apartments in 260 key locations.
more information
Recent Appointments at edyn

31 August 2016 — Locke, the new aparthotel brand from SACO The Serviced Apartment Company, has unveiled its leadership team for its first property - Leman Locke and the wider Locke operation – with the appointment of Commercial Manager, Samantha Sheridan.
read more

31 August 2016 — Locke, the new aparthotel brand from SACO The Serviced Apartment Company, has unveiled its leadership team for its first property - Leman Locke and the wider Locke operation – with the appointment of General Manager, Ashley Ely and Commercial Manager, Samantha Sheridan.
read more

Matt Roberts - Head of Sales and Account Management for London

27 October 2015 — SACO The Serviced Apartment Company has today announced the appointment of Matt Roberts as its new Head of Sales and Account Management for London. Roberts, who joins SACO this week, will play a key role in the further development of its corporate sales strategy as the business prepares for significant growth in 2016.
read more
More from edyn
Map
Advertisements
Never miss a story again
Sign up for the HN360 daily newsletter
Media Kit – Submit Content
Advertisement
Advertisements