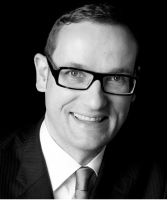 Kerzner International have appointed Philippe Zuber as president and chief operating officer for One&Only Resorts. Zuber brings over 20 years of hospitality experience to One&Only Resorts. He joins the Kerzner group from Emaar Hospitality, where he held the role as chief operating officer. Zuber moved to the Middle East in 2011 to join Emaar Hospitality. At Emaar, he took on the role as general manager and regional general manager at the group's flagship hotel, The Address Downtown Dubai. Zuber later became chief operating officer for Emaar in 2013, leading a team of almost 5,000 associates. In his time at Emaar, Zuber was responsible for brand development including projects such as Dubai Opera and boutique properties Vida, Manzil, and Rove. Zuber’s career in hospitality started with Hyatt International. He worked with the group at hotels in France, Morocco, Spain and Germany. During this time, Zuber oversaw the renovation and relaunch of the Grand Hyatt Berlin. He was promoted to general manager of the Hyatt Paris Madeleine. He later took on the role as general manager at the Park Hyatt Seoul, where he won Monocle Magazine’s award for best general manager of the year.