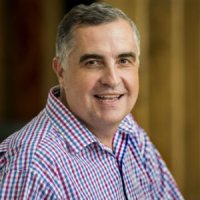 Mr Boydell takes the helm at the 246-room oceanfront hotel following the recent departure of former General Manager Matthew Hurley, who will become Area Manager for Rydges Hotels Queensland, as well as General Manager at the new Rydges Fortitude Valley in Brisbane that opens on 9 February, 2016. With extensive experience within the hospitality and tourism industries, Mr Boydell has managed hotels around Australia and New Zealand and relocates to Cairns after serving as General Manager of Rydges Darwin Airport Resort and Hotel from 2011. Mr Boydell said he would relish the opportunity to build on Rydges Tradewinds’ excellent reputation as an established brand of luxury accommodation within the tropical hub of Cairns. Mr Boydell has managed several other Rydges hotels in Australia and New Zealand, including Rydges Rotorua from 2001 to 2004; Rydges Lakeland Resort Queenstown from 2004 to 2006; and Rydges Capricorn Resort Yeppoon, from 2006 to 2011, when he relocated to Darwin. He counts among career achievements the successful management of a number of major conferences, for clients including US Fortune 500 company Seagate (held at Rydges Lakeland Resort Queenstown NZ), as well as convening the annual Pat O’Driscoll Tropical Auto Group ProAm at Rydges Capricorn Resort Yepoon, with 300 golfers. Mr Boydell’s commitment to superior customer service and dynamic management has earned him several industry accolades, including nominations as a finalist in the AIM NT Manager of the Year Awards 2014, as well as in the Superior Accommodation category of the 2014 Brolga Awards.