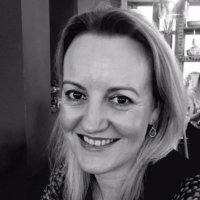 Boutique hotel group Firmdale Hotels has promoted four of its employees following the unexpected departure of its operations director Carrie Wicks in January. Anna Jackson, who has worked at the company for 12 years, has been promoted from general manager of the Soho hotel to group operations manager of the nine-strong group. Lisa Brooklyn-Fuhres, previously general manager at the Haymarket hotel, has replaced Jackson as general manager at the Soho hotel. Meanwhile, Sharon Pinchbeck, formerly general manager at Dorset Square Hotel, has moved to the same role at the Haymarket hotel. Replacing Pinchbeck is Julie Le Sauvage-Barry, who moves from deputy general manager at the Soho hotel. At the time of her departure, Wicks had spent 20 years at Firmdale, founded by husband and wife team, Tim and Kit Kemp. It is not known what her future career plans are. Firmdale is to open a second hotel in New York later this year to join Crosby Street, which opened in 2009. The group has eight hotels in London.
More from Firmdale Hotels
Map
Advertisements
Never miss a story again
Sign up for the HN360 daily newsletter
Media Kit – Submit Content
Advertisement
Advertisements