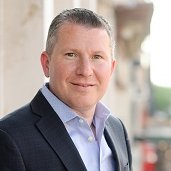 Meliá Hotels International appointed Alex Spektor to GM of its first New York property, Innside New York. Beginning his career as the assistant front office manager at Eastgate Tower Hotel in New York City, Spektor later transitioned to The Benjamin Hotel assisting in its pre- and post-opening phases. In 1999, Spektor switched to the Sheraton Meadowlands Hotel & Conference Center in East Rutherford, N.J., a property he would remain at for six years. He held the positions of front office manager and rooms division manager. Prior to heading up Innside New York, Spektor spent over a decade with Affinia Hotel Collection. Spektor wprled his way through the ranks going from his role as assistant GM at Affinia Manhattan Hotel to GM at the Affinia Gardens and Affinia Dumont properties from 2008-2013. Eventually he returned to Affinia Manhattan as the GM in 2013. In his new position at Innside New York, Spektor will work closely with the hotel’s director of sales and marketing, Michael Newman. Most recently the director of sales & marketing for Element by Westin Times Square West and previously with Affinia Manhattan, Hilton Long Island, Millennium Un Plaza New York and a multitude of Hyatt properties, Newman will work with Spektor to target the flux of incoming groups visiting nearby attractions such as Madison Square Garden and the Javits Center. Spektor received a bachelor of technology in hospitality management from New York City College of Technology in Brooklyn, New York, where he serves as an active member on the advisory board. Additionally, in 2013, Alex was awarded GM of the Year (for hotels with 151 rooms or more) by the New York State Hospitality & Tourism Association.