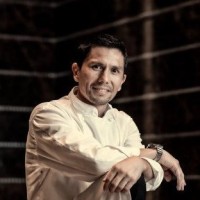 Four Seasons Hotel Vancouver has appointed a new Executive Chef, Weimar Gomez, a 16-year Four Seasons veteran, who has developed his talent in prestigious kitchens in Bogota, Miami, Paris and Shanghai. Born in Colombia, Chef Weimar has developed his diverse culinary skills from across the map. He began with an ambitious start at Le Cordon Bleu in Paris at age 17 and honed his skills at the Michelin three-star Guy Savoy. He then enjoyed 11 years in a range of roles spanning Chef de Partie to Executive Sous Chef at Four Seasons Hotel George V, Paris where he played a role in the success of Le Cinq, one of Paris’ most beloved three-Michelin star dining experiences. Chef Weimar comes to Four Seasons Hotel Vancouver from his most recent post as Executive Chef at Four Seasons Hotel Pudong, Shanghai where he led a brigade of 60 cooks, overseeing on and off-site catering, in-room dining, and two restaurants – Shàng-Xí, an exclusive, high-end Chinese restaurant, and Camelia, an authentic Italian dining room. “Chef Weimar’s ability to delight diverse groups of sophisticated, multi-cultural guests with a variety of food styles, service and setups make him an ideal fit for Four Seasons Hotel Vancouver,” offers General Manager Martin Sinclair. In Vancouver, Chef Weimar will be overseeing YEW seafood + bar and its sustainable seafood focus, and catering and events. His extensive culinary background and passion for food and top quality local ingredients have him very excited about this new role. “My principal role is to respect and enhance every product that comes into our hands with a special focus on seafood.” Supporting YEW’s commitment to sustainable seafood is something Weimar is ready to embrace. He can’t wait to get to know local farmers, fishermen, producers and suppliers as he imparts his own flavours and flare to his new menus. Besides incredible seafood, Weimar’s personal favourites include game, such as venison and pheasant, as well as the lure of a freshly baked baguette. An introduction to Chef Weimar would be incomplete without noting his passion and aptitude for sport. An active triathlete, Weimar cannot wait to explore Greater Vancouver’s inviting environment for outdoor recreation. To date, he has completed more than ten marathons, including Paris, London, Chicago, Boston, Berlin, New York and Shanghai as well as three half and one full Ironman competitions. A bonus to all this activity, Weimar also notes that the more he runs, the more he can eat and plans to dive in to Vancouver’s exceptional culinary scene. Chef Weimar will begin his role at the Hotel later this month and is joined in Vancouver by his wife and two children.

29 July 2021 — Four Seasons Hotel Philadelphia announces the appointment of Cornelia Samara, general manager. Samara joins the team from Four Seasons Hotel at The Surf Club. A true global citizen, Samara was born in Jerusalem as a German national with Palestinian roots and grew up immersed in the hospitality industry.
read more

22 July 2021 — Four Seasons Hotels and Resorts has announced the appointment of Konrad Gstrein as General Manager of Four Seasons Hotel San Francisco. Gstrein takes the helm at the Five-Star address at a unique moment, overseeing the Hotel's reopening and welcoming guests to experience modern and spacious interiors within a 42-storey tower that was the first skyscraper of the 21st century completed in the city.
read more
More from Four Seasons
Map
Advertisements
Never miss a story again
Sign up for the HN360 daily newsletter
Media Kit – Submit Content
Advertisement
Advertisements