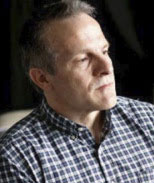 The Skirvin Hilton Hotel is pleased to announce Mike Wimmer as its fifth artist-in-residence. Wimmer, an accomplished illustrator and painter from Oklahoma, will work from the historic hotel’s studio space for one year to showcase his artistic talents. Born and raised in Muskogee, Okla., Wimmer earned a Bachelor of Fine Arts degree from the University of Oklahoma in 1983 and a Master of Fine Arts degree from the Hartford University in Hartford, Conn. in 2009, where his emphasis was illustration. Wimmer’s artistic work has its own acclaim. From the cover art for Disney's Lion King Soundtrack and telephone book covers, to full-color, full-page advertisements for some of America’s largest corporations including RJR Nabisco, Procter and Gamble’s Mr. Clean, Huggies Diapers and packaging for Celestial Seasons tea box covers, his work can be seen everywhere. He is best known for his children's illustrations, which grace the covers of more than 200 books and fill the pages of almost a dozen more. Wimmer has over 40 paintings depicting historic subjects in the Oklahoma State Capitol. Wimmer currently serves as the Distinguished Visiting Artist and Gallery Director for the Oklahoma City University School of Visual Arts, where he develops young minds using his life goal and personal motto – “Learn it, live it, teach it.” He serves on the board of the Oklahoma Art in Public Spaces Oversight Committee and the National Center for Children’s Illustrated Literature Museum in Abilene, Texas among others.
Related News

6 October 2016 — The Skirvin Hilton Hotel is pleased to announce Mike Wimmer as its fifth artist-in-residence. Wimmer, an accomplished illustrator and painter from Oklahoma, will work from the historic hotel's studio space for one year to showcase his artistic talents.
Read more

Nykoli Koslow - Next Artist in Residence

25 February 2020 — The historic AAA Four Diamond Pfister® Hotel, owned and managed by Marcus® Hotels & Resorts, today announced Nykoli Koslow as the hotel's 12th Artist in Residence. Born in Chicago and Milwaukee-based, Koslow is a conceptual abstraction artist and will work in the hotel's lobby-level Artist's Studio for one year beginning April 1, 2020.
read more

18 December 2019 — The Marcus Corporation (NYSE:MCS) today announced the appointment of Michael R. Evans as president of its Marcus® Hotels & Resorts division. Evans is a proven lodging industry executive with more than 20 years of experience in the hospitality industry with companies such as Marriott International, Inc.
read more