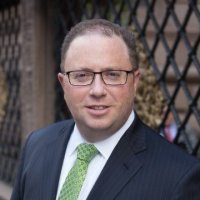 Lotte New York Palace has announced the appointment of David Shenman as the property’s Director of Sales and Marketing and Megan Ferguson as Director of Sales. David Shenman is a hospitality veteran with nearly twenty years of experience, having previously worked with both Starwood Hotels and InterContinental Hotels Group. He joined Lotte New York Palace in January 2012 as Director of Sales, where he has been responsible for overseeing all components of the luxury hotel’s sales operations. In 2014, Shenman was honored by the Hotel Sales & Marketing Association as Sales Executive of the Year for the Greater New York Chapter, a testament of his dedication and resulting successes from years of hard work in the industry. Shenman’s service and hospitality background allows him to relate to customers and understand their needs, a skill that has been integral at his role at Lotte New York Palace and one he will continue to foster in his new role. He is a graduate of Ithaca College, from which he earned a degree in Business and Psychology with a Concentration in Corporate Communication.

LOTTE Hotels & Resorts, the largest hotel group in Korea, is expanding beyond Asia to become a global brand. We aim to be a lovemark that deeply moves the hearts of our guests with consistent quality of services and facilities in all LOTTE chain hotels across the world.
more information
Recent Appointments at LOTTE Hotels & Resorts

Brent Howard - Director of the Towers

16 November 2016 — Lotte New York Palace has announced the appointment of David Shenman as the property’s Director of Sales and Marketing and Megan Ferguson as Director of Sales. Megan Ferguson has been with Lotte New York Palace since Spring 2011, where she has exceeded revenue goals and helped lead the hotel sales initiatives.
read more
More from LOTTE Hotels & Resorts
Map
Advertisements
Never miss a story again
Sign up for the HN360 daily newsletter
Media Kit – Submit Content
Advertisement
Advertisements