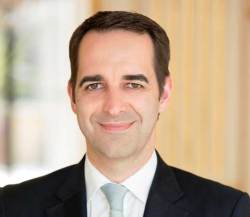 2 December 2021 — The Peninsula Hotels is pleased to announce the appointment of Jonathan Crook as Managing Director of The Peninsula Istanbul, effective January 24, 2022. Set along the banks of the stunning Bosphorus, the meeting point of East and West, The Peninsula Istanbul is located in Istanbul's historic Karaköy district and anchors Galataport, a new waterfront revitalization project that will include a promenade, museums, art galleries, restaurants, boutiques and a cruise-ship port.
read more

5 November 2019 — Trained in brand management and marketing, Matthias worked in London and Paris where he held the position of VP Sales & Marketing for The Set Hotels Group. During this time, he was an active member of the Advisory Board of Leading Hotels of the World.
read more
More from Peninsula
Map
Advertisements
Never miss a story again
Sign up for the HN360 daily newsletter
Media Kit – Submit Content
Advertisement
Advertisements