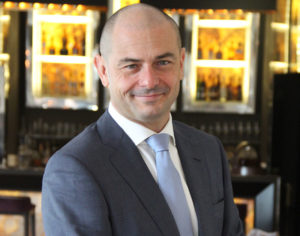 Mazagan Beach & Golf Resort has announced the appointment of Massimiliano Zanardi as General Manager. Massimiliano has been Acting General Manager at the resort since February 2017 and with his incredible experience and proven leadership, he is the right Executive to take Mazagan into the future. Massimiliano will be responsible for the continued development of the guest experience, the entire operation, further team development, and the commercial strategy. Massimiliano joined the hospitality industry over 20 years ago and prior to his pre-opening role of General Manager of the One & Only Portonovi, Montenegro, he held the position of General Manager at Ritz-Carlton, Istanbul, Turkey. During his tenure as GM he helped the property reach #1 as Hewitt’s Best Employer in Turkey and also achieved the best Gallup scores amongst all international properties within the group. Massimiliano joined Ritz- Carlton in 2001 and held various leadership roles at different properties within the company. This includes locations under the management of The Ritz-Carlton such as The Ritz-Carlton Powerscourt, Ireland; Hotel Arts Barcelona; and The Penha Longa Hotel & Golf Resort Sintra, Portugal. Apart from his operational expertise, Massimiliano brings along the experience of 10 pre-openings, ownership transition management, as well as the development of new business initiatives and operations standards.   Having started his career in Food and Beverage, Massimiliano has accumulated over two decades of industry experience. His strong foundation in Food & Beverage, his decade-long tenure in the luxury hospitality segment, his commitment to quality, and strong international experience will ensure that he will successfully oversee Mazagan Beach & Golf Resort.