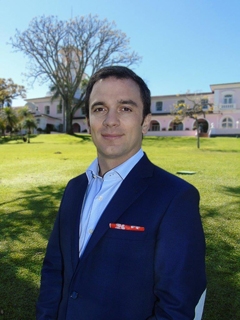 Belmond Cap Juluca – the acclaimed luxury resort in the British West Indies renowned for its signature Greco-Moorish style architecture and pristine white sand beaches – has appointed Tiago Moraes Sarmento as its new General Manager. Sarmento takes on the role at this iconic resort following its recent acquisition by Belmond, a global collection of luxury hotel and travel adventures, and will oversee day-to-day operations for the beachfront resort, as well as direct a comprehensive renovation of the property, including the development of 25 new beachfront villas or suites. The refurbishments will get underway by early 2018 and will include interior upgrades to all suites and villas, the introduction of new culinary concepts, enhancements to the spa and new and renovated public areas. Upon completion of the renovation, Belmond will have invested a total of approximately $121 million. According to Rui Reis, Regional Managing Director for Belmond, Sarmento has a stellar track record in the hospitality industry – as well as impeccable international credentials – and is ideally equipped to oversee Belmond Cap Juluca’s restoration. He was most recently General Manager for Belmond Hotel das Cataratas, the only luxury resort in Brazil’s Iguazu National Park. Prior to that, he spent 18 years with Starwood Hotels and Resorts Worldide Inc. overseeing properties such as the St. Regis Bahia Beach Resort in Puerto Rico and the W Vieques Retreat and Spa on Puerto Rico’s Vieques Island. A native of Porto, Portugal, Sarmento earned bachelors’ degrees in hospitality management from both the Glion Hotel School in Switzerland and Estoril Higher Institute for Tourism and Hotel Studies in Portugal. He has a passion for rugby and enjoys spending time with his children.
Hotelschools.com