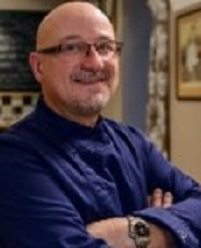 One of the Czech Republic’s celebrity chefs, Jean-Paul Georges Manzac, has been appointed as Executive Chef at the luxury five-star Corinthia Hotel Prague. Jean-Paul is best known in Prague for his French modern brasserie, Brasserie M, which was awarded the Michelin Bib Gourmand three years in a row, and later for the combined French bistrot and butchers shop, La Boucherie & Bistrot M. Jean-Paul’s career spans 35 years in the industry including an early experience as Executive Sous Chef on Celebrity Cruise Line. There he led a team of over 100 cooks from 74 different countries and the preparation of over 55,000 meals each day for passengers as they cruised between Miami and the Caribbean. He also spent two years in the Chaine des Rotisseurs, the International Association of Gastronomy which champions the culinary arts. He held the senior post of Conseiller Culinaire for the Czech Republic. Prior to running his own business in Prague, Jean-Paul was Executive Chef at Marriott Hotel Prague. A French national, Jean-Paul is fluent in four languages, English, French, Spanish, and Czech.