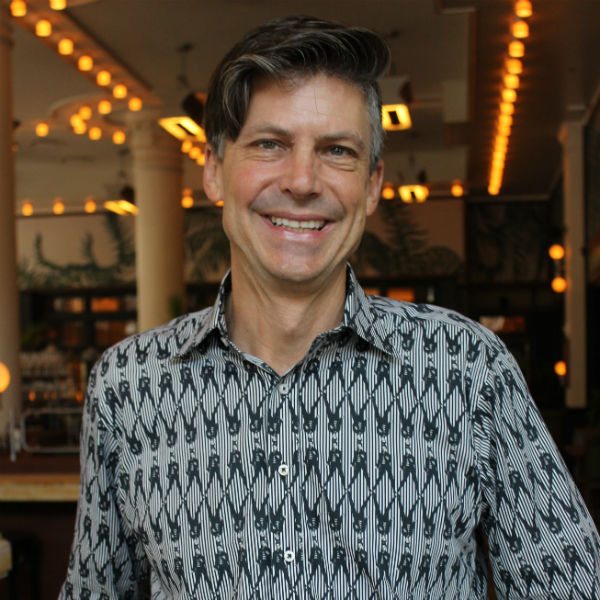 He originally hails from the Woodland Hills neighborhood of Los Angeles. Andrew was raised in a family that appreciated good food and drink, and he was especially turned onto wine at an early age by his father who grew up near vineyards on California’s Central Valley. Though gastronomy was an interest, Andrew’s first true passion was cycling, and he set his sights on becoming a professional racer. A fateful accident while competing in France at 19 made him change course, and he headed back home where he eventually joined the team at the first-ever California Pizza Kitchen in Beverly Hills. That experience proved to be formative as he then dove headlong into the hospitality industry. From there, Andrew moved to San Francisco where he worked with the likes of acclaimed chef Bradley Ogden, and once again rekindled his passion for wine by becoming a sommelier. Andrew’s hospitality career now spans two decades. It’s encompassed virtually every restaurant and hotel front-of-the-house position, and has stretched across the United States. His managerial record includes leading the critically acclaimed restaurants The Ryland Inn (New Jersey), Castle Hill (Rhode Island), Terra (New Mexico) and The Inn at Dos Brisas (Texas). He’s run multiple outlets as chief operating officer for Longwood Events in Massachusetts and Rhode Island. He’s also been a general manager for a collection of properties that have earned prestigious Relais & Châteaux and Forbes Five-Star distinctions. Prior to joining the Ace family, Andrew was the senior vice president for a resort complex in College Station, TX. Andrew lives in the Lower Garden District with his wife and and two children. In his free time he can be found studying historic architecture, enjoying good wines and searching for the world’s best whiskey.

Ace Hotel is a collection of individuals — multiple and inclusive, held together by an affinity for the soulful. We are not here to reinvent the hotel, but to readdress its conventions to keep them fresh, energized, human.
more information
Recent Appointments at Ace Hotel