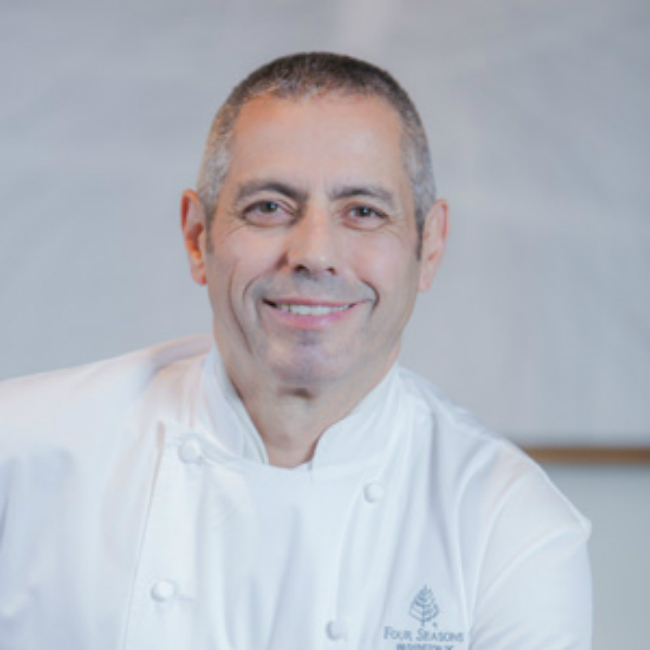 Four Seasons Hotel Washington, DC announces the appointment of Andrew Court as Executive Chef to the capital city"s only Forbes Five-Star and AAA Five-Diamond hotel. In his role, Court will oversee the Hotel"s award-winning restaurants including celebrated chef Michael Mina"s BOURBON STEAK, DC"s go-to spot for power breakfast and Sunday Brunch Seasons, and the casual yet refined ENO Wine Bar. He will also be responsible for the Hotel"s sizable events operations and in-room dining. Born and raised in Birmingham, England, Court discovered the love of cooking from his grandmother, who introduced him at a young age to the family"s garden. Gardening and beekeeping are important tools that Court uses to discover new flavours and develop aspiring chefs. Court"s passion for food coupled with his charming personality and appetite to build connections will suit him well with the city"s movers and shakers and Washingtonians alike who have made Four Seasons in Georgetown an extension of their home and office. He also looks forward to the opportunity to customise dining experiences and create memorable moments for generations to come for the Hotel"s social and corporate events. Court is a graduate of University College Birmingham, England with a master"s certificate in Hospitality Management from Cornell University. His hotel career began in 1982 at Excelsior Hotel Birmingham. He continued his culinary career gaining considerable gastronomic and management experience in top hotels in England, Portugal, Bermuda, Antigua and Canada such as The Fairmont San Francisco, The Fairmont Royal York Hotel Toronto and, most recently, at Beverly Wilshire, Beverly Hills (A Four Seasons Hotel) where he served as Executive Sous Chef cooking for Hollywood"s elite. A museum lover, Court now calls the District of Columbia home and looks forward to discovering the rich history and culture Washington, DC has to offer. In his first year, he hopes to visit the 100 plus museums and historic homes in metropolitan DC.