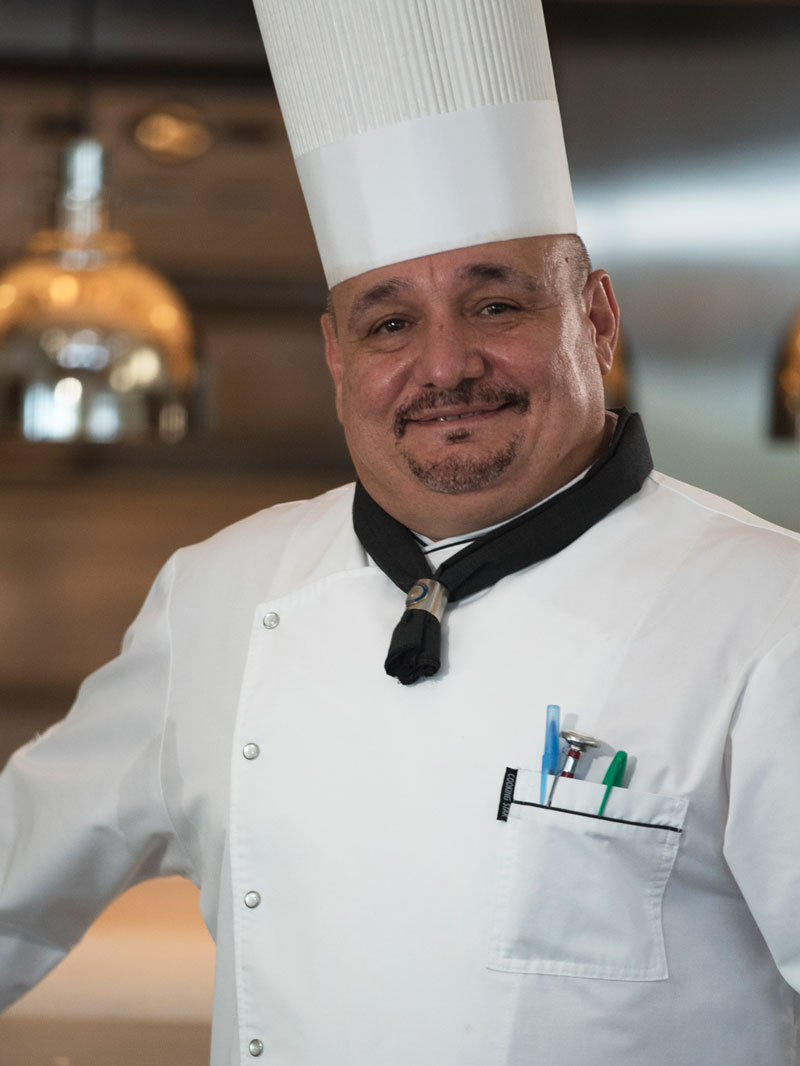 Award-winning Chef Konidis brings his passion for creative cooking and a wide-ranging expertise in cuisines from Italian and Asian to Caribbean and French to these sister resorts where he will oversee all aspects of the resorts" food and beverage operations of nine restaurants including the new Greathouse at Serenity, seven bars, event and wedding banqueting as well as the in-suite dining experience at Serenity at Coconut Bay.

A graduate of the French Culinary Academy with a Bachelor in Culinary Arts le Cordon Bleu his many accolades including being a three-time recipient of the Wyndham Resorts Executive Chef of the Year Award, and Executive Chef of the Year award for the Hostmark Hospitality Group on three occasions. Konidis began his career as the Executive Sous Chef for the Hyatt Hotels & Resorts Grand Hyatt in New Orleans where he helped create the Cuisine Natural Concept and was on the opening team of the Grand Hyatt Wailea, Waikoloa, Hyatt Hill Country Resort and Grand Cypress Reconceptualization of Restaurants.