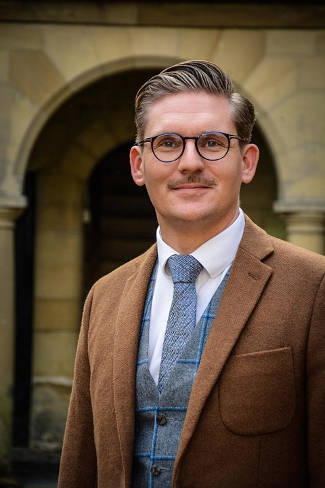 The five-star Palé Hall, North Wales, is delighted to announce the appointment of Harry Shepherd as its new General Manager. Harry was handpicked by the out-going General Manager Pim Wolfs and owners Alan and Angela Harper. In an unusual move underlining the open and professional nature of this process, Harry has spent the last five months working alongside Pim and the owners thus ensuring the smoothest of transitions. Harry, late of the five red-star Chester Grosvenor is committed to ensure that Palé Hall's growing reputation for guest service is maintained and is tasked with working with the AA to take Palé even further.

The Five Star Grade II listed Palé Hall is one of the finest country house hotels in Wales and the UK. Owners Alan and Angela Harper have lovingly restored the historic house to its former glory, creating a peaceful and luxurious retreat surrounded by the natural beauty of the Welsh valleys on the edge of Snowdonia National Park.