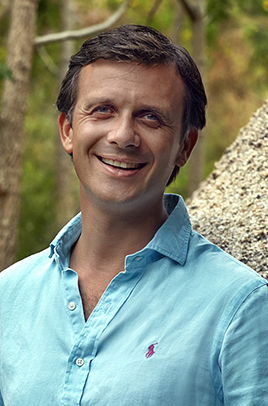 AccorHotels is pleased to announce the appointment of Edouard Grosmangin as Managing Director of Raffles Seychelles.In his new role, Edouard Grosmangin oversees Raffles Seychelles, where he is responsible for performance development and strategic direction. He will report directly to Sami Nasser, the director of luxury brand operations AccorHotels in the Middle East. With fifteen years at the head of prestigious establishments and know-how acquired in the world of luxury, Edouard Grosmangin takes the reins of Raffles Seychelles with enthusiasm. Prior to joining Raffles, he spent four years as general manager of Six Senses Zil Pasyon on Félicité Island.He was also General Manager of Six Senses Con Dao in Vietnam and Director of the Maia Luxury Resort and Spa in Mahe, Seychelles until 2012. In his previous experiences in the Middle East, he held senior positions at Ritz Carlton Bahrain and The Palace Downtown, a five-star facility at Emaar Hospitality Group.Edouard Grosmangin started his career in Europe in operational positions in France, Monaco and the United Kingdom.Edouard Grosmangin graduated from the School of Business Management and Hotel Vatel in Paris.