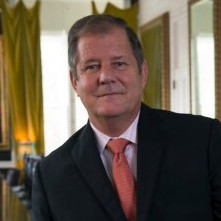 Kruse is a native of Western Tennessee and a veteran of both the United States Marine Corps and luxury hotel industry. He brings over 30 years of international hospitality experience to the Bristol community, including a pedigreed, 27-year career at Ritz-Carlton properties in Laguna Niguel, Atlanta, San Juan, Chevy Chase and Dove Mountain. He also held general manger positions at B Ocean Resort in Fort Lauderdale and Savannah's Mansion on Forsyth Park. His skills in providing high profile management, topnotch service and efficient operations will support the curation of The Bristol Hotel's upscale environment.

Having spent time in more than 84 countries, Kruse's world-class experience allows for a deeper understanding of cultural identity. He is committed to preserving the influential nature of the city's historic legacy and also serves on the board of The Bristol TN/VA Convention and Visitors Bureau (CVB). In addition to the success of The Bristol Hotel, Kruse will play a vital role in driving the growth of tourism to the Blue Ridge Mountain region.

Charlestowne Hotels is a leading full-service hospitality management company known for a dynamic management style that is client-focused rather than process driven. With 40 years of independent hotel management experience, the growing company develops and leads award winning properties across the country.
more information
Recent Appointments at Charlestowne Hotels