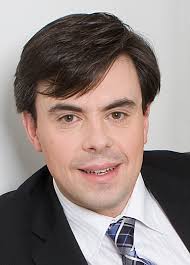 On Wednesday, July 11th, Jean-Virgile Crance, Director of Investor and Corporate Relations at Louvre Hotels Group, was elected by his peers to be president of the GNC (National Hotel Chain Organisation). His term will be dedicated to promoting the tourism sector, a huge employment provider representing 2 million employees and 350,000 companies. He plans to lobby for the creation of a fully empowered Minister of Tourism who can champion a proactive policy to defend the attractiveness of France and sustainable management of the sector's economy. Representing 7.4% of French GDP, tourism is a powerful growth driver and a sector with a strong future.

Originally from Brittany, Jean-Virgile Crance is a graduate of the Dinard Hotel School and has spent his entire career in the hospitality sector. Vice President of the GNC since 2017, Director of Investor and Corporate Relations at Louvre Hotels Group, his in-depth knowledge of the industry enables him to measure the challenges it faces today.

His term at the head of the GNC, an organisation created in 1989 and associated with UMIH (Hospitality Industries and Professions Union) since 1994, will focus on proactive initiatives. First on the agenda, employment. "Tourism companies, hotels and restaurants, are veritable drivers of value creation. They play a major role in integrating people who have difficulty finding work, especially young people. But they are also impacted by significant mutations, like the digital transition and digitalization of professions," he explains. That is why he wants all hospitality professions to receive better recognition, especially through work-study programs, to fill the 100,000 job openings for summer 2018 and the 50,000 unfilled permanent contracts.

Another priority during his term will be the development of a responsible and sustainable industry of excellence. While France remains the number one tourist destination worldwide, it must find solutions to several challenges: the risk of over-tourism, safety and sustainable development.

Jean-Virgile Crance will also advocate creating the position of a fully empowered Minister of Tourism in order to effectively steer the sector by centralising decisions and pooling resources. The objective is to enable France to identify the tourism impact of any initiatives that are launched. One of the main objectives of Jean-Virgile Crance is to establish sustainable tourism, focusing not only on its environmental footprint, where hotels and restaurants are rewarded for their eco-friendly actions, but also on its capacity to welcome disabled visitors.

"Safety is central to our industry and must be a priority of tourism policy in France. It is vital that public communication be professional, verified and controlled. The creation of a dedicated police force for this sector is one option we would like to set up, as well as a nationwide Safety-Site label," he continues.

Other points on the agenda of Jean-Virgile Crance and his Vice President Christian Recoing, along with the rest of the organisation, concern a stable tax environment, employment and training, fair competition of online platforms as well as the generalisation of tax declarations and tourist tax.

Not one to waste time, Jean-Virgile Crance, alongside Roland Heguy, president of the UMIH, has already scheduled the first meetings with members of the government in the days ahead.

Louvre Hotels Group is a major player in the global hotel industry, with over 1,175 hotels for a total capacity of more than 100,000 guest rooms in 51 countries. It operates a complete portfolio of 6 brands ranging from 1 to 5 stars: Première Classe, Campanile, Kyriad, Tulip Inn, Golden Tulip and Royal Tulip.
more information
Recent Appointments at Louvre Hotels Group

18 November 2020 — Paul joins Louvre Hotels Group, which has 17 Campanile hotels and one Première Classe hotel in the UK, after more than 20 years in the hotel sector, including Black And White Hospitality, Hilton and Kew Green Hotels, as well as experience in a private care home group.
read more

18 November 2020 — Lee has more than 20 years' experience in the hospitality industry, having worked for a wide range of hotel brands, including Travelodge, Hilton and The Rezidor Hotel Group. He said: "Louvre Hotels Group adopts an entrepreneurial approach to doing business, which means not only does it welcome new and innovative ideas from the team, we are given autonomy to introduce initiatives quickly, allowing us to adapt to market conditions efficiently.
read more

24 June 2020 — With the appointment of Eduardo Bosch as Chief Operating Officer, the Executive Committee of Louvre Hotels Group, led by CEO Pierre Frédéric Roulot, is expanded. His main mission is to implement a new strategic plan to achieve operational efficiency and to take the Sales, Marketing and Quality specializations to an even higher level.
read more
More from Louvre Hotels Group
Map
Advertisements
Never miss a story again
Sign up for the HN360 daily newsletter
Media Kit – Submit Content
Advertisement
Advertisements