Named Executive Chairman of the Board
At Eldorado Resorts Inc. in Reno - NV, USA 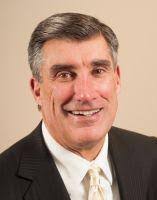 Gary Carano has held senior management positions of increasing responsibility at Eldorado since 1980. He was appointed Chairman of the Board and Chief Executive Officer of Eldorado in September 2014, having previously served as President and Chief Operating Officer. Under his leadership, Eldorado has successfully executed an aggressive growth strategy beginning in September 2014, when Mr. Carano took the company public through a merger with MTR Gaming Group. Since that time, Mr. Carano has led the Company through several accretive, value-building transactions and property enhancements which have transformed Eldorado from the operator of its single signature property in Reno, Nevada into one of the largest regional gaming companies in the United States, with 26 casino resorts, annual revenue of more than $2.7 billion and nearly 20,000 team members (in each case, after giving effect to the previously announced acquisition of Tropicana Entertainment and divestiture of Presque Isle Downs and Lady Luck Casino Nemacolin). Appointment is Effective January 1, 2019