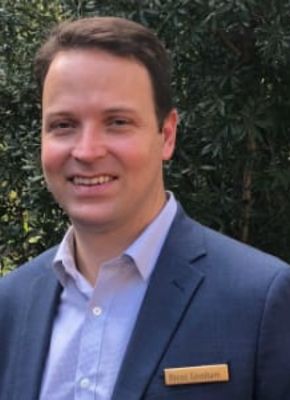 Montage Palmetto Bluff announced the appointment of Brent Gresham as director of operations.

With a deep familiarity of the region and wealth of hospitality experience earned at Forbes Five Star-rated properties, Gresham will oversee overall management and direction of the luxury resort including food & beverage, lodging, security and spa operations. He will also join the senior leadership team alongside the general manager, director of finance, human resources, sales and marketing, and the general manager of the Palmetto Bluff Club.

Gresham joins Montage Palmetto Bluff from Charlestowne Hotels, a Charleston, South Carolina-based management company specializing in independent boutique hotels and resorts, where he served as corporate area manager. Prior to that, he served as dual general manager for two Charlestowne properties, French Quarter Inn and The Spectator Hotel, where he was honored as "General Manager of the Year."

Gresham was also previously the director of operations at Woodlands Inn in Summerville, South Carolina; and general manager at The Inn at Dos Brisas in Washington, Texas. He began his hospitality career as operations manager at the Westin Hilton Head Resort & Spa, before becoming assistant food & beverage director and director of banquets at The Lodge at Sea Island in the Golden Isles of Georgia.

As a graduate of the University of South Carolina, Gresham earned a bachelor's degree in hotel, restaurant and tourism management, and master's degree in international hospitality and tourism management. He participated in the master's graduate program at École Hôtelière de Lausanne in Switzerland, the oldest and most prestigious hotel school in the world. A true industry veteran, Gresham has earned recognition as "Hotelier of the Year" by the Boutique & Lifestyle Lodging Association, "Top Thirty Under 30" in the U.S. by Hotel Management Magazine, and "Hotel Manager of the Year" by the South Carolina Restaurant and Lodging Association.