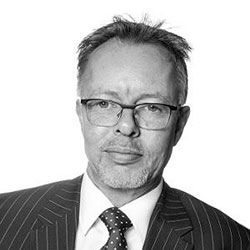 Bespoke Hotels is delighted to announce that it has appointed Mike Rothwell to the role of Director of Advisory. A specialist in asset management, bank recovery and advisory work, Rothwell will work as the head of Bespoke's burgeoning Advisory Division.

A longstanding member of the Institute for Turnaround (IFT), Rothwell can point to over 20 years of hotel management experience across the UK, alongside a proven track record in assisting banks and lending institutions, as well as overseeing turnaround projects and repositioning.

11 May 2021 — Bespoke Hotels' Sun Street Hotel is delighted to introduce Caroline King as the newly appointed General Manager ahead of the hotel's opening this Autumn. Caroline is a hospitality, hotel, and Private Members Club professional with experience of working in a range of premier organisations in the UK, Australia and Kuala Lumpur.
read more