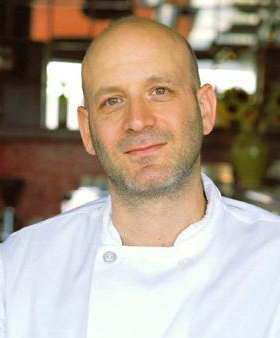 Fitler Club, the highly anticipated luxury lifestyle club today announces the appointment of Chef Marc Vetri as Culinary Advisor. The announcement, in tandem with his 18th James Beard Award nod is a testament to the work/stay/play destination expected to revolutionize the luxury private club segment. Debuting its first location in Philadelphia, Fitler Club plans to open a collection of clubs across the country by 2025. Vetri will lead the culinary direction of the brand.

Founded by David Gutstadt, formerly with Equinox Hotels and a longtime hospitality executive, Fitler Club encompasses 136,000 square feet of high design, leading-edge technology and modern luxury which includes: a 14-room hotel, gym and spa, 34,000 square feet of workspace and private office suites, and multiple culinary destinations including The Dining Room, The Back Bar, a bar/lounge concept and a full catering team.

Vetri is the chef/founder of the critically acclaimed Vetri Cucina, with locations in Philadelphia and Las Vegas, as well as the Vetri Community Partnership, a non-profit organization whose mission is to empower children and families through fresh food, hands-on experiences and education. A Philadelphia native, Vetri began his professional kitchen life in Bergamo, Italy before opening his eponymous restaurant in 1998. Vetri was met with critical acclaim, receiving numerous accolades throughout his career including being named one of Food & Wine's "Best New Chefs" in 2000 and receiving the James Beard Award for "Best Chef Mid-Atlantic" in 2005.