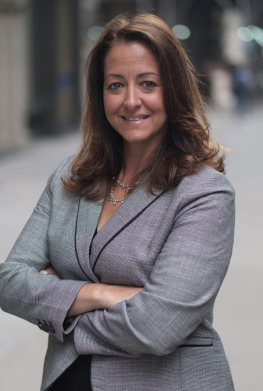 Domio, the New York-based technology-powered apartment-hotel startup, has bolstered its executive leadership team with the appointment of Nicole Mozeliak as Chief Operating Officer.

Mozeliak brings more than 25 years of operating experience to the Domio team and joins from WeWork, where she was Head of Operations (SVP) for the United States, Canada, and Israel overseeing 250 buildings across 12 million square feet that generated $2 billion of run-rate revenues. Prior to WeWork, Mozeliak worked at Zipcar as the Vice President of Field Operations and Revenue Management, overseeing $400 million of revenues across a fleet of 40+ cities across North America—as well as supported the Avis Budget Group brands overseeing operations for the local market in the Northeast. Mozeliak also spent 13 years scaling operations at Starbucks.

Mozeliak will develop and oversee global business operations for Domio and ensure its organizational infrastructure grows efficiently—this includes scaling operations, training and developing the company's talent base, and driving business goals, while promoting the brand's culture and mission.

Mozeliak holds a Bachelor of Science in Hospitality Management from Fairleigh Dickinson University. She serves on the advisory board of directors for the International Hotel, Restaurant & Tourism School at Fairleigh Dickinson and is also an active participant at the Children's Aid Society in New York City. She lives in New Jersey with her husband and their three children.

Domio is elevating the way people travel with a curated end-to-end experience. Our upscale apartment-hotels and vacation rentals provide plenty of space for groups at an affordable price. Driven by technology and data, our mission is to connect the world through travel and craft the most delightful stays for all of our guests.
more information
Recent Appointments at Domio, Inc.

23 June 2020 — omio, the pioneering apartment-hotel brand, is excited to announce it has appointed Brian Quinn as its Chief Development Officer.Quinn spent his entire career in hospitality, most recently serving as SVP of Development at Choice Hotels International, where he contributed to significant growth in its domestic pipeline to over 1,000 hotels — the largest in the company's history.
read more