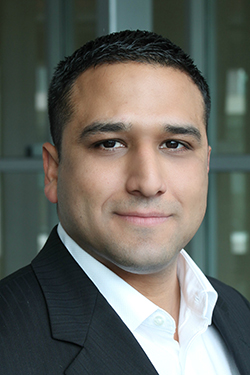 Jacob Gonzalez, who began his hospitality career with Valencia Hotel Group in 2004 as Restaurant Supervisor at the acclaimed Hotel Valencia Riverwalk in San Antonio, has been promoted to Hotel Manager of portfolio's sister property, Hotel Sorella CITYCENTRE in Houston. In this position, he is now responsible for day-today operations of the award-winning, 255-room anchor of west Houston's CITYCENTRE district.

Before joining Hotel Sorella CITYCENTRE, Gonzalez was the Hotel Manager of Cavalry Court in College Station, TX. The bulk of his employment before that was with Hotel Valencia Riverwalk, where he advanced through management roles in departments including guest service, housekeeping and front office.

10 December 2018 — Hotel Alessandra has announced that Ludovic Poirier has been promoted from Director of Outlets to Director of Food & Beverage for the property. Poirier brings nearly 30 years of international experience with a focus on overseeing the signature restaurants of top hotels around the world.
read more

14 September 2018 — Brianna Sepulveda joins Texican Court with more than 10 years of hospitality experience and extensive knowledge of the North Texas market. She will be responsible for the day-to-day operations of the sales and marketing department, with a focus on maximizing hotel revenues, developing business strategies, establishing key business partnerships and elevating brand awareness in the region.
read more
More from Valencia Hotel Group
Map
Advertisements
Never miss a story again
Sign up for the HN360 daily newsletter
Media Kit – Submit Content
Advertisement
Advertisements