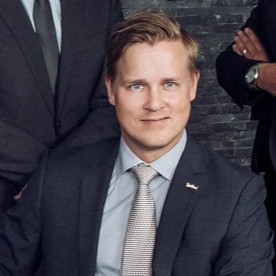 As Regional Director, Daniel will be responsible for all Radisson Hotel Group's hotels in Sweden and the Baltics, and work together with the General Managers to ensure top performance and excellent guest experiences. Prior to joining Radisson Hotel Group, Daniel was Director of Revenue Management and Distribution at First Hotels and before that 10 years with Norwegian, British Airways and SAS, working with Route and Revenue Management, Sales and Business Development. He has a Master's degree from Jönköping International Business School and University. Daniel will be based at Radisson Hotel Group's Area office in Stockholm, continue to be part of the Nordic Leadership team and report to the Area Senior Vice President for Northern Europe.

23 June 2020 — With the addition of Daniel Trappler as Senior Director, Development for Sub-Sahara, the company becomes increasingly relevant to owners. He brings a unique set of skills to the investment community. He is one of the few specialists in hotel transactions and capital markets, dedicated to Africa.
read more
More from Radisson
Map
Advertisements
Never miss a story again
Sign up for the HN360 daily newsletter
Media Kit – Submit Content
Advertisement
Advertisements