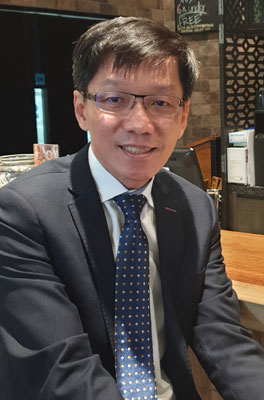 Bringing nearly 30 years of hospitality experience to the table, Tang started his career as a regional marketing manager in a travel agency before he joined the sales teams at various established hotels in Singapore.

He was later chosen to be in a leadership development programme and held several hotel operation management roles while being groomed to become a general manager.

4 February 2020 — Grand Park City Hall, the flagship property of Park Hotel Group, is pleased to announce the appointment of Jeane Lim as the hotel's new General Manager. Passionate and dedicated, Jeane is a veteran with more than 30 years of experience in the hotel industry.
read more

22 November 2019 — Grand Park City Hall has appointed Rachel Ng as executive assistant manager, a promotion from her most recent role as director of sales at Park Hotel Alexandra. In her new position, Ng will work with general manager John Kockan tolead the sales, marketing and revenue teams to drive yield and growth for the hotel.
read more