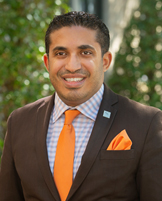 With more than a decade of hospitality experience in the Washington D.C. and New York City markets, Almutairi brings a proven track record of customer service and leadership to the new AC Hotel by Marriott Washington DC Downtown.

3 June 2020 — Hotelier OTO Development has announced the selection of Ted Fleurimond as the general manager of the company's Hyatt Place National Harbor hotel, which is expected to open later this year. Prior to his tenure at the Hampton Inn, Fleurimond previously served as the general manager at the SpringHill Suites in Columbia, MD, and the SpringHill Suites in Baltimore.
read more

6 May 2020 — Clarke brings her nearly 15 years of experience in the New York hotel industry, including most recently at OTO Development's AC Hotel New York Times Square, to the new Residence Inn as the director of sales.
read more

6 May 2020 — Mitchell comes to the property from the SpringHill Suites LaGuardia, where she served as general manager. With nearly 30 years' experience in the hospitality industry, Mitchell has worked her way up the ladder in the industry, starting as a front desk associate before spending time as a reservation agent, conference services associate, sales manager, and director of sales.
read more
More from OTO Development
Map
Advertisements
Never miss a story again
Sign up for the HN360 daily newsletter
Media Kit – Submit Content
Advertisement
Advertisements