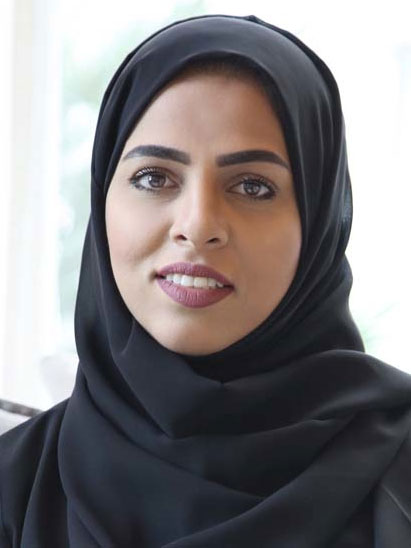 Jumeirah Group has appointed Muneera Al Taher as director of Emiratisation - Talent Acquisition and Development, with a focus on driving local talent recruitment and development across the group.

Under the umbrella of the UAE leaders' vision to empower Emiratis across the semi-government and private sector, Al Taher will pioneer an agenda that focuses on attracting top talent, introducing new development programmes and supporting growth of Emirati employees in Jumeirah Group.

Her appointment forms part of increased efforts by the company to grow and develop its local workforce and support the nation's Emiratisation vision leading up to Expo 2020 and beyond.

Prior to this role, Al Taher worked as the director of human resources at the Jumeirah Creekside Hotel, where she was overseeing the performance culture and team development.

She has also worked as an Emiratisation and learning and development manager in a corporate capacity from 2013, which saw her take charge of national programmes aimed at attracting and developing local talent.

Al Taher has extensive experience in the field of Human Resources, exposing her to various elements of the trade, from management and skill development to evaluation of performance. She even received recognition from the Chartered Institute of Personnel and Development.

19 October 2020 — Dubai-based Jumeirah Group has appointed Kiriti Anchan as the general manager for Jumeirah Royal Saray Bahrain. Starting out as an F&B trainee at ITC Grand Sheraton in Mumbai, Anchan has been working his way through the hospitality industry for nearly 20 years.
read more

16 October 2020 — Jumeirah Group, the leading luxury hospitality leader, has announced the appointment of Azar Saliba as General Manager of Jumeirah Al Naseem, its contemporary beachside property in Dubai.With over two decades of experience in the industry, Azar joined Jumeirah Group in 2006 as Director of Rooms at Jumeirah Beach Hotel, his first position in a successful 12-year tenure within the Group.
read more

14 January 2020 — Jumeirah Group is delighted to announce the appointment of Paula McColgan as Director of Sales & Marketing at The Carlton Tower Jumeirah and Jumeirah Lowndes Hotel, London. With 25 years experience in global luxury hotel sales and marketing, Paula will bring an unparalled combination of sales and marketing expertise together with a natural ability to recruit, motivate and nurture a dynamic team.
read more
More from Jumeirah
Map
Advertisements
Never miss a story again
Sign up for the HN360 daily newsletter
Media Kit – Submit Content
Advertisement
Advertisements